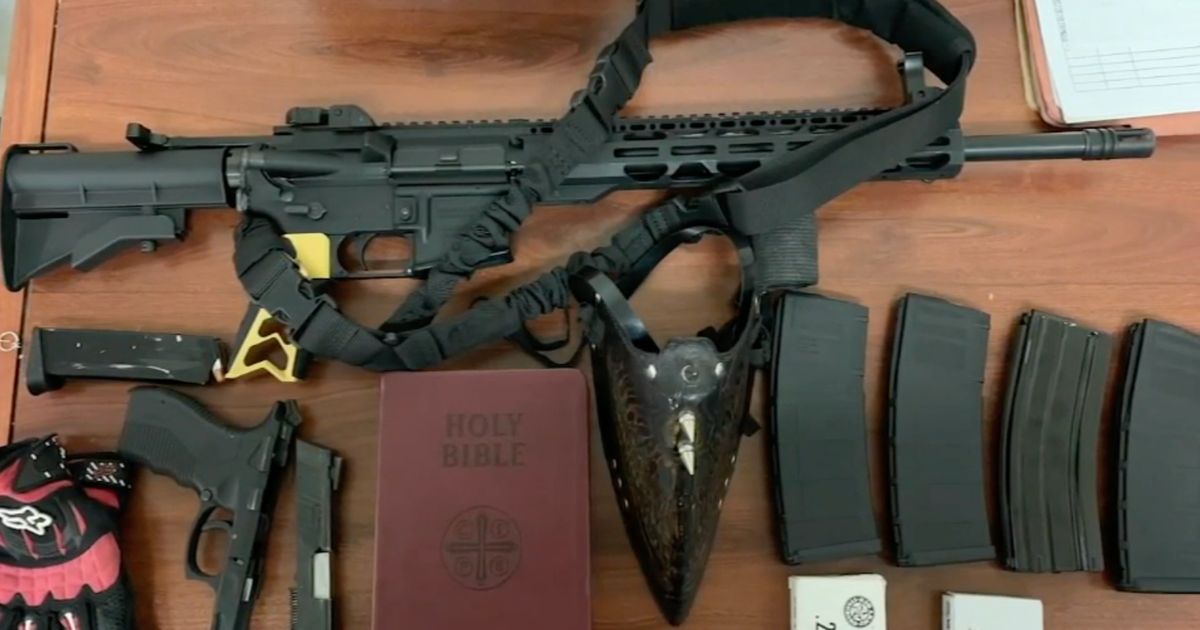 A Texas man who was tackled in a Houston mall in February while carrying a rifle and 120 rounds near a children’s event has been sentenced to six months in prison for the incident – which n was only charged with a misdemeanor because he never fired his gun.

Surveillance video of the February 5 incident showed the suspect – identified as Guido Herrera – just meters away from hundreds of children participating in a dance competition at the Galleria mall. Herrera wore a leather mask with spikes and a shirt with the Punisher logo on it. He carried a gun in one hand and a Bible in the other.

That’s when Kendrick Simpo – an off-duty police sergeant working his second job as a security guard – lunged at Herrera and pinned him against a wall.

“I quickly rushed, I tackled him,” Simpo told local station ABC 13. “And my first reaction was to make sure I got the gun right. Whatever I caught, make sure I caught that gun. I had in mind [that] I was going to get shot. I just had to bear the pain, I knew it was going to hurt, and I was like, ‘No matter what I do, I can’t let go of this gun.’ “

Simpo was able to hold off Herrera until reinforcements arrived and an arrest. Police also found 120 rounds and another handgun. But under Texas law, because Herrera never fired a shot, he was only slapped with a misdemeanor disorderly conduct charge.

Herrera was also charged with a separate incident a month later, on March 18, when authorities said he showed up at FBI headquarters in Houston to demand to speak to the agency’s director. Authorities say they found a gun in his car, but again they could only charge him with the misdemeanor of unlawfully carrying a weapon, according to the Houston Chronicle.

“His situation kind of fell into the loopholes,” prosecutor Barbara Mousset said during Herrera’s sentencing Thursday, according to the Chronicle. “He took advantage of some niceties of the law – he was entitled to have that gun and ultimately that was the only charge we could charge him on.”

Defense attorney Armen Merjanian called Herrera a “gun-loving Texan” who had every right to own the guns.

Herrera was sentenced to an additional year for possession, bringing his total sentence to 18 months, with credit for time served.