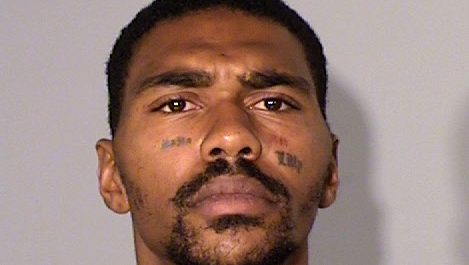 A St. Paul man was charged Monday after authorities said he shot a man and threatened to kill himself when police confronted him in the city’s north on Friday. The standoff lasted around 90 minutes until he was taken into custody without incident.

Kirk Warren Jones, 30, has been charged with second degree assault with a dangerous weapon and illegal possession of a firearm.

According to the criminal complaint, police were called to the area near Rice Street and Larpenteur Avenue at around 11 a.m. on a report of gunfire.

A 28-year-old man who was shot in the wrist told police a man, later identified as Jones, approached him as he was refueling and began to shoot him shoot it with a handgun.

The injured man backed his van out of the station and fled. He told police he didn’t know Jones, nor did he know why he shot him, the complaint says.

Witnesses described the gunman to police, which helped them locate him quickly as they walked through the area. When officers approached, Jones pulled a handgun from his pocket and pointed it at himself, saying he would rather kill himself than go back to jail or hospital, the complaint says.

Officers worked to keep passers-by from the area and evacuate nearby businesses. They secured a perimeter and started talking to Jones.

SWAT and a crisis negotiator have been called in. At approximately 12:30 p.m., officers were able to arrest Jones without incident. While in detention, Jones spoke quickly and disjointedly, according to the complaint.

He said he thought the man was following him. He said he had no intention of killing him, but just wanted him to stop what he was doing, adding that he was depressed and hadn’t been taking his meds for a while. week, indicates the complaint.

Jones’ criminal record shows three drug-related convictions, as well as convictions for first-degree burglary, criminal sexual conduct, theft and two convictions for not registering as a sex offender. He is not allowed to own a firearm.

Jones was being held at the Ramsey County Adult Detention Center on Monday. No bail has been set for him as he is being held pending an examination of his mental state. His next court appearance is November 23.