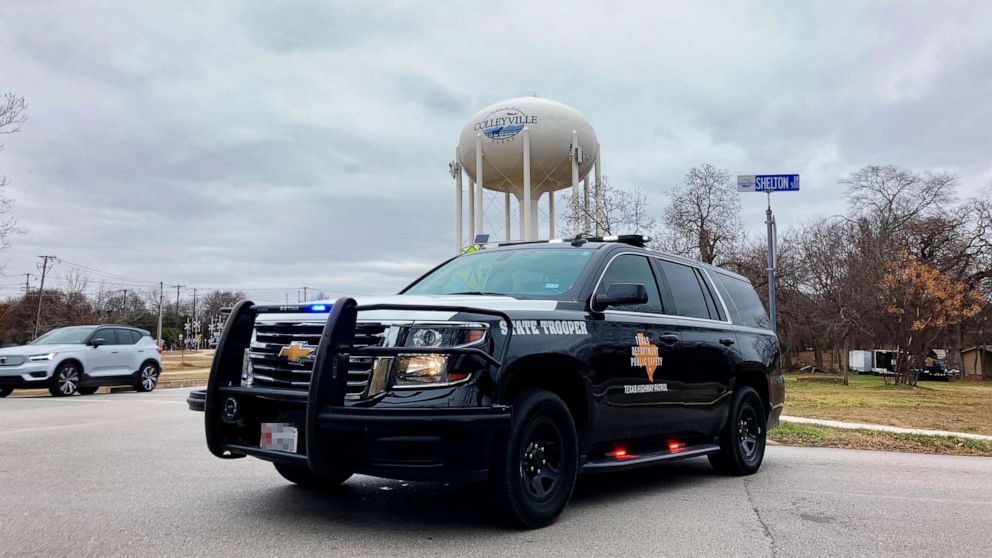 The police evacuated the immediate area.

A hostage situation is underway Saturday at a synagogue in the Dallas-Fort Worth area, multiple sources told ABC News.

An armed suspect claiming to have bombs in unknown locations has taken a rabbi and three others hostage at Congregation Beth Israel, a source familiar with the matter told ABC News. It is unclear to what extent the hostage taker is armed.

A US official briefed on the matter told ABC News that the hostage taker claims to be the brother of convicted terrorist Aafia Siddiqui, but authorities have yet to confirm his identity. The suspect is asking for the sister’s release, the official said.

Siddiqui is incarcerated at Carswell Air Force Base near Fort Worth, the source said. She had alleged ties to al-Qaeda and was convicted of assault and attempted murder of a US soldier in 2010 and sentenced to 86 years in prison.

There is believed to be a suspect at present, the source said. The FBI responded to the scene, along with local authorities and hostage negotiators. The Bureau of Alcohol, Tobacco, Firearms and Explosives is also responding to the situation, according to an agency spokesperson.

A White House official confirmed to ABC News that the White House is “closely monitoring” the hostage situation. Department of Homeland Security Secretary Alejandro Mayorkas has also been made aware of the situation, according to a DHS spokesperson.

The Colleyville Police Department SWAT team responded to the area Saturday at noon and evacuated residents from the immediate area.

At 2:20 p.m. local time, the situation “remains in progress”, the department said on social media. “We ask that you continue to avoid the area.”

This is a developing story. Please check for updates.