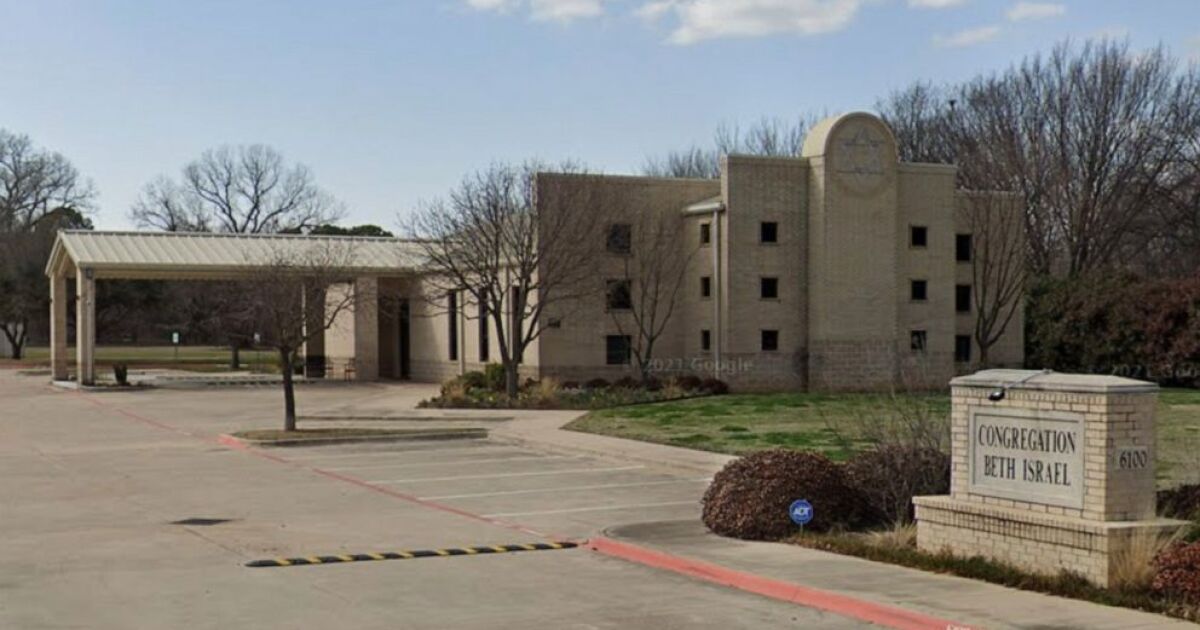 An armed suspect claiming to have bombs in unknown locations has taken a rabbi and three others hostage at Congregation Beth Israel in Colleyville, a source familiar with the matter told ABC News. It is unclear to what extent the hostage taker is armed. The suspect was carrying backpacks and said he had explosives. Law enforcement doesn’t know if it’s true, but they act like it’s true.

A US official briefed on the matter told ABC News that the hostage taker claims to be the brother of convicted terrorist Aafia Siddiqui, but authorities have yet to confirm his identity. The suspect is asking for the sister’s release, the official said.

Siddiqui is incarcerated at Carswell Air Force Base near Fort Worth, the source said. She had suspected ties to al-Qaeda and was sentenced assault and attempted murder of a US soldier in 2010 and sentenced to 86 years in prison.

There is believed to be a suspect at present, the source said. The FBI responded to the scene, along with local authorities and hostage negotiators. The Bureau of Alcohol, Tobacco, Firearms and Explosives is also responding to the situation, according to an agency spokesperson.

Law enforcement hopes to defuse the situation without doing anything that might endanger the safety of the rabbi and the three others. They ordered suspicious food and continue to negotiate.

Colleyville police said in a statement that there were no injuries among the hostages.

We are currently conducting SWAT operations around the 6100 block of Pleasant Run Rd. All residents in the immediate area are being evacuated. Please avoid the area.

A White House official confirmed to ABC News that the White House is “closely monitoring” the hostage situation. Jen Psaki, White House Press Secretary noted President Joe Biden will be updated by his senior team as the situation develops,

Department of Homeland Security Secretary Alejandro Mayorkas has also been made aware of the situation, according to a DHS spokesperson.

The Colleyville Police Department SWAT team responded to the area Saturday at noon and evacuated residents from the immediate area.

At 3:20 p.m. local time, the situation “remains in progress”, the department said on social media. “We ask that you continue to avoid the area.”

The Texas Department of Public Safety is also at the scene of what Texas Governor Greg Abbott described as a “tense hostage situation.”

“They work with local and federal teams to get the best and safest outcome,” Abbott said. said on Twitter. “I continue to monitor the situation via DPS.”

“Police are working with the Jewish Federation and our local, state and federal partners to monitor any concerns or threats based on the situation in Colleyville,” he added.