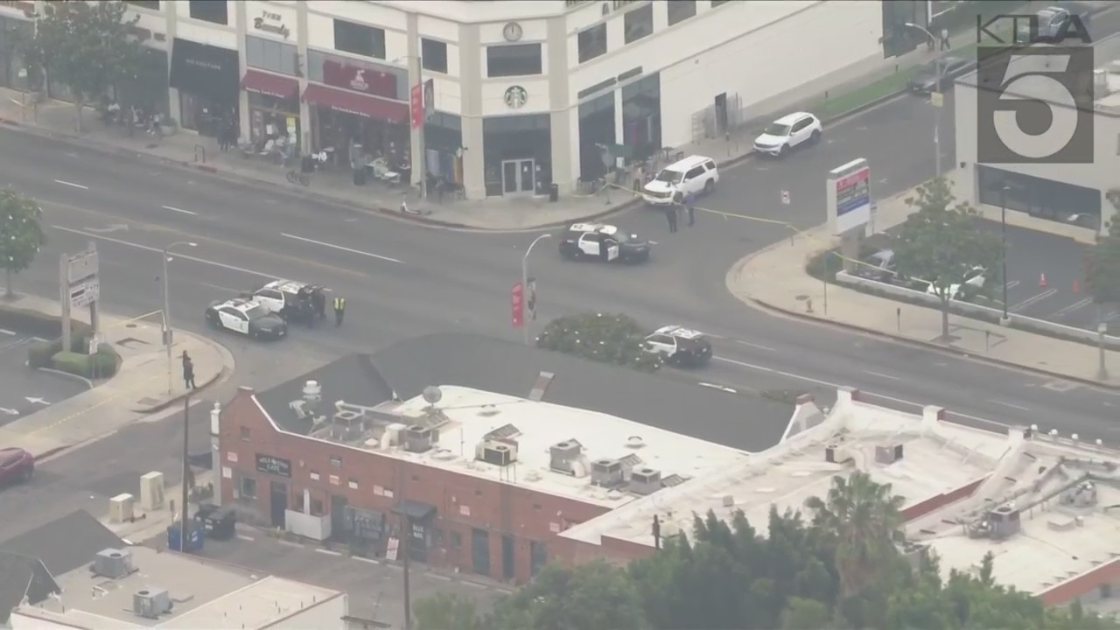 A man who was armed with a gun and allegedly fired at police in the Fairfax area Friday morning was shot and wounded by officers, LAPD officials said.

The incident unfolded around 9:20 a.m. when police responded to a call about a man pointing a gun at construction workers in the Beverly Boulevard and Poinsettia Place area, Constable Drake Madison told KTLA .

Responding officers confronted the armed suspect on Beverly Boulevard and La Brea Avenue, where he allegedly fired at officers and officers returned fire, police said in a series of tweets.

“The officers were met with gunfire. They had no choice but to fight back,” LAPD Lt. Letisia Ruiz told KTLA.

The man then ran west on Beverly Boulevard and officers briefly lost sight of him.

The suspect, described only as a black male in his 30s, was found in the Beverly Boulevard and Detroit Street area and taken into custody, police said.

He was injured in the shooting and taken to hospital with an injury described as not life-threatening.

A firearm was recovered at the scene.

No further details of the incident have been released.

The area around North La Brea Avenue between Beverly Boulevard and Oakwood Avenue is expected to be impacted for several hours during the investigation, police said.