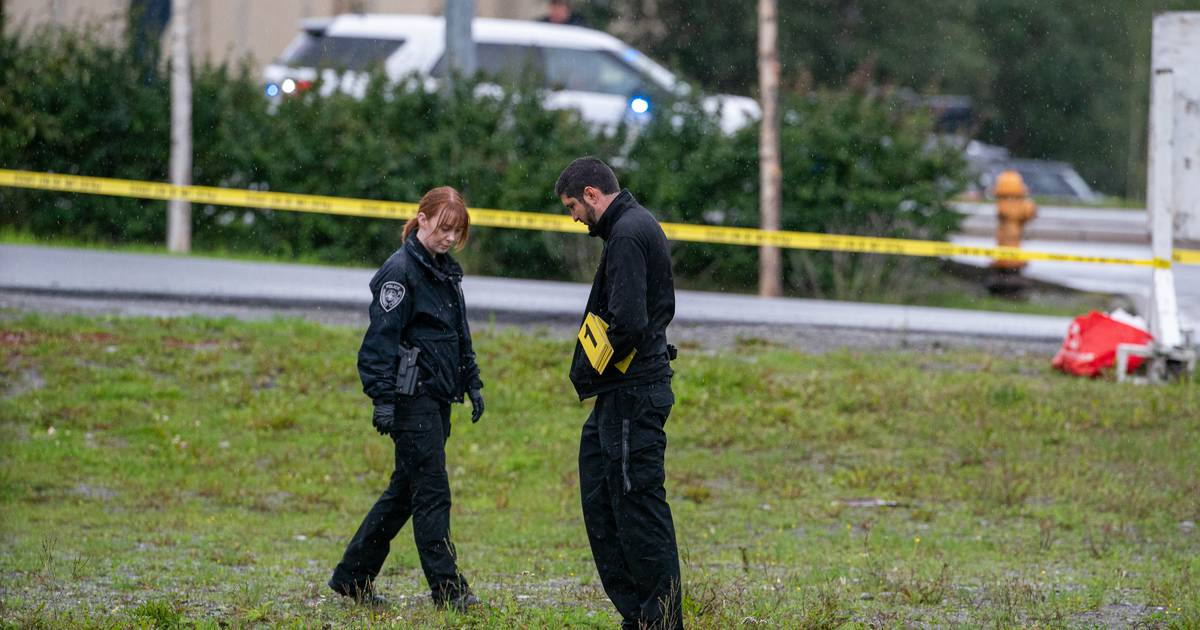 Updated: 5 hours ago Published: 11 hours ago

A gunman involved in an early morning domestic dispute was shot dead by an Anchorage officer on Friday after pointing a handgun, police said.

The man, whose name was not immediately released, had a school-aged child with him at the time, Chief Michael Kerle said during a brief briefing at Anchorage Police Department headquarters. . The man had to survive his injuries.

The suspect and child are related, Kerle said.

The child appears unharmed, police said. No officers were injured in the incident, which happened at the busy intersection of Lake Otis Parkway and Tudor Road.

Police said they responded at around 4:50 a.m. Friday to a report of shots fired inside a residence in the 100 block of Bunnell Street in Northeast Anchorage, according to a update.

A preliminary investigation indicated the suspect fired during a domestic dispute, police said. No one was injured as a result of this shooting.

The man fled with the child in a gray Nissan Pathfinder, Kerle said.

At around 6:30 a.m., following one of those tracks, a patrolman spotted the abandoned Pathfinder near Lake Otis and Tudor, police said. Officers then spotted the man, with the child, on the north side of Tudor walking west across Lake Otis.

He ignored officers when they told him to stop, Kerle said.

“Officers were able to see that the suspect was armed with a handgun,” he said.

The man continued to ignore officers’ orders and pointed his handgun at them, police said. An officer fired twice, hitting the man in the middle, Kerle said.

The man was taken to hospital with injuries described as non-life threatening.

Police said the suspect’s name will be released once charges are laid.

The incident closed the Lake Otis boardwalk in both directions north of Tudor Road on Friday morning. The road was fully reopened in the early afternoon.

By mid-morning Friday, two patrol cars could be seen parked outside the Bunnell Street location, but there were no other signs of activity.

Under APD policy, the state’s Office of Special Prosecutions will review the officer’s use of force and determine if it was warranted, police said. Once the state review is complete, ODA Internal Affairs will review the agent’s actions for any policy violations.

The agent was placed on four days of administrative leave. Their names will be made public 72 hours after the incident.

This is a developing story. Check back for updates.