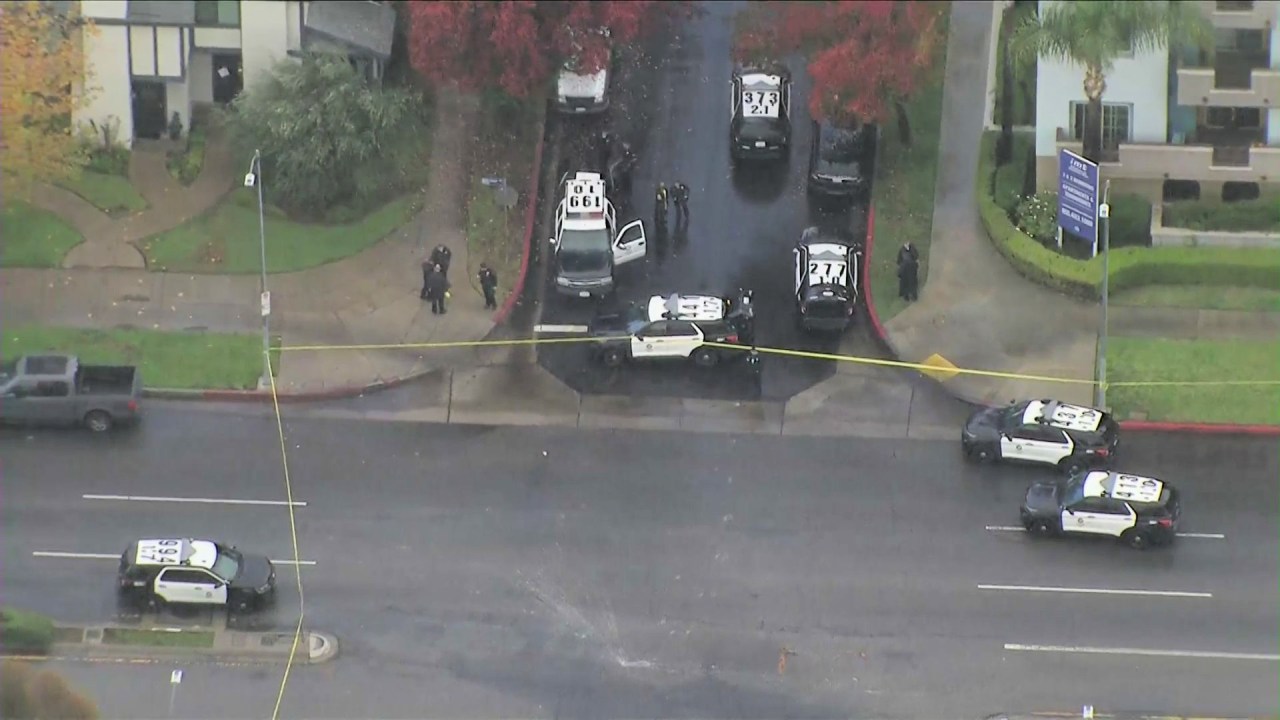 Officers shot and injured a gunman in Reseda on Friday, according to the Los Angeles Police Department.

The incident unfolded after officers responded to reports of a man with a gun in the Hart Street and Vanalden Avenue area.

Witnesses told officers they saw the man firing a gun in the air and directed them to the Sherman Way and Beckford Avenue area, according to the LAPD.

At the scene, they found the man still armed with a firearm, police said.

The man did not follow orders to drop the weapon and “at this time there was a shooting involving an officer,” the LAPD said.

The man was hit by gunfire and taken to hospital, where he was listed in critical condition.

Police said they found a gun at the scene.

No officers were injured in the shooting, which follows the LAPD shooting Thursday at a Burlington store in North Hollywood.

During this incident, officers were shooting at a suspect who was assaulting someone when an officer’s bullet passed through the wall of a dressing room, striking and killing a 14-year-old girl.