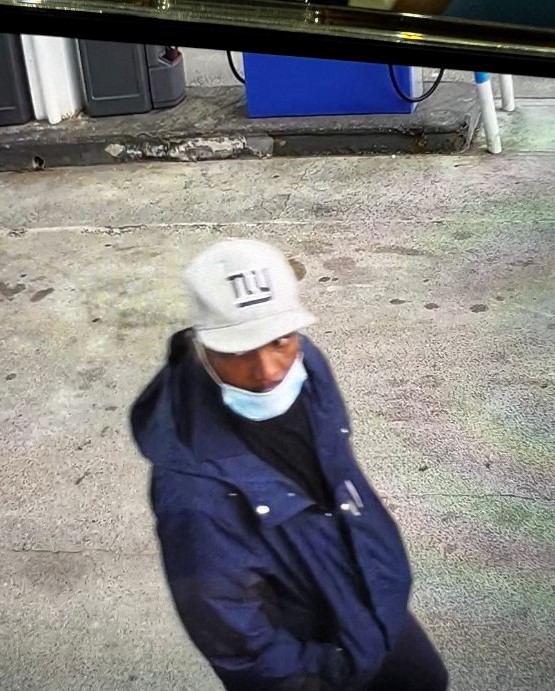 This is a carousel. Use the Next and Previous buttons to navigate

The first theft took place at a Gulf gas station around 6:32 p.m. A nearby Citgo gas station was then robbed around 6:34 p.m., Plymouth Police said in a Facebook post. The suspect fled with several thousand dollars from both stores, police said.

The suspect appeared to park a dark-colored sedan — possibly a Chevrolet Malibu — behind the Dollar General store across the street, police said. Minutes after the robberies, the sedan made a quick exit onto Main Street, or Route 6, and headed towards Bristol, police said.

Police described the suspect as 5ft 7in tall and weighing around 180lbs. The man wore a black and blue jacket, a white flat-brim New York Giants baseball-style cap and a blue surgical mask. He is described as having a deep voice. Police said the man had a knife during the robberies.

Anyone with information about the incident can contact the Plymouth Police Department at 860-589-7779.