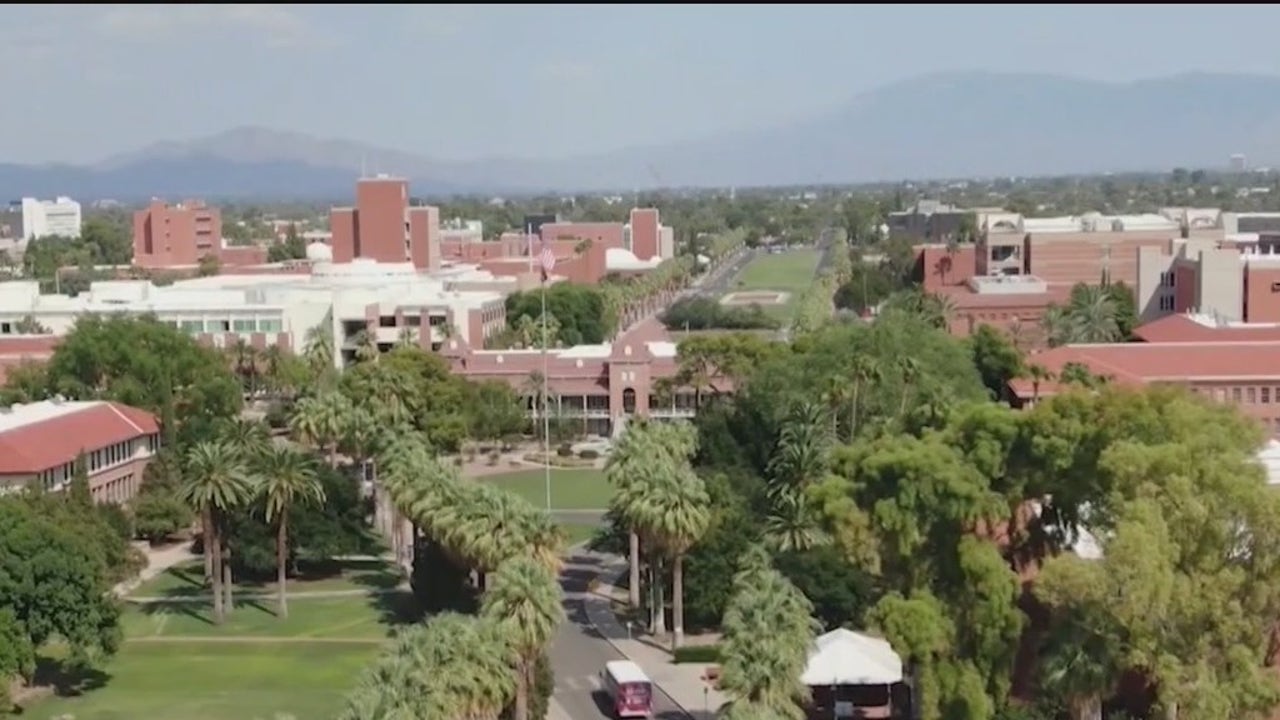 Gunman on campus detained by University of Arizona police

TUCSON, Ariz. – University of Arizona Police said they arrested a man suspected of bringing a gun to campus on August 24.

They said several 911 callers reported seeing a man running away from the school’s communications building with a gun in the waistband of his pants around 10 a.m.

Campus police said the 22-year-old was detained at the university’s student union about 30 minutes later and taken into custody.

The man’s name was not immediately released and police did not say if the man was a student.

Police said the man was booked into the Pima County Imprisonment on suspicion of reckless use of a deadly weapon, disorderly conduct, and interference with or obstruction of an educational institution.

The Arizona Board of Regents oversees the school, and according to the campus police website, the Regents’ policies “prohibit the use, possession, display, or storage of any weapon, dangerous instrument, explosive device or firework, among others, on the University of Arizona campus and on all grounds and buildings owned or under the control of the University of Arizona.”

Tune in to FOX 10 Phoenix for the latest news: