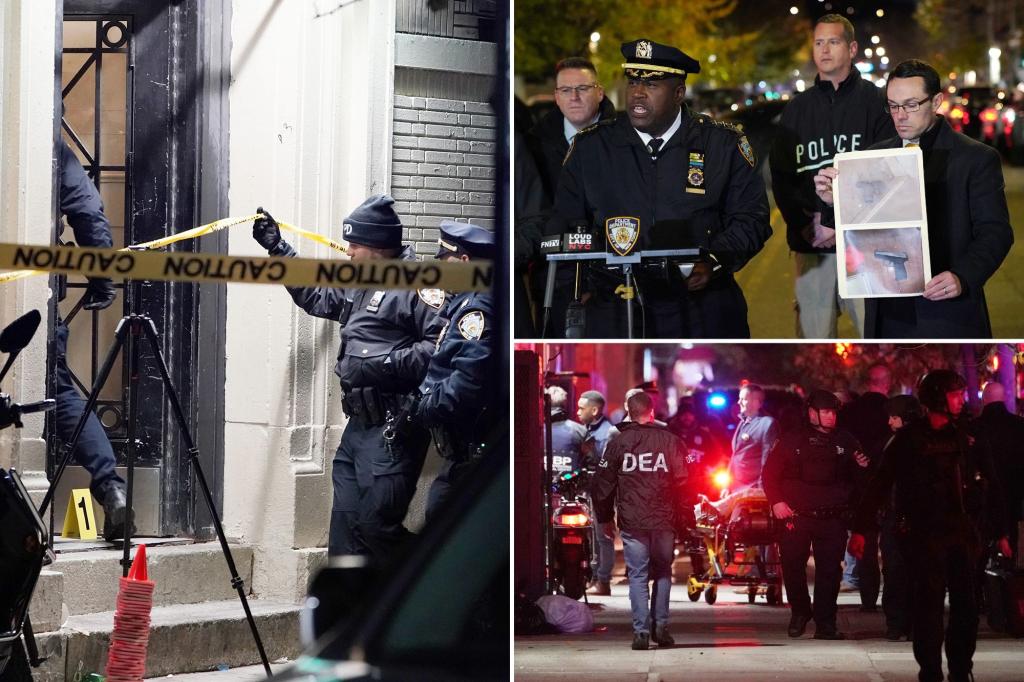 A gunman was killed in a shootout with law enforcement officers during a drug-related sting operation in Upper Manhattan Friday night, police and sources said.

Members of a joint federal task force, which includes NYPD officers, were attempting to execute a controlled drug buyout at an apartment on Vermilyea Ave near Academy Street in Inwood when chaos erupted around 8:45 p.m., it said the police and law enforcement.

The task force, also made up of state police and federal DEA agents, attempted to arrest two men, who lived on the first floor of the building, when at least one of the suspects opened the fire, NYPD officials said at a press conference.

Law enforcement returned fire, beating one of them, officers said. The other man was taken into custody as officers rushed out of the building after the shooting to call for reinforcements.

The injured suspect barricaded himself inside the apartment, prompting hostage negotiation teams to respond to the scene, police said.

Authorities attempted to contact the suspect, but were unsuccessful. After some time, officers were able to peek inside the apartment and saw the man lying on the floor next to a gun, police said.

EMS units responded, but the man had already succumbed to his injuries, cops said.

No law enforcement officers were injured, but those involved were taken to area hospitals for evaluation, police said.

It is unclear which agency or department fired the fatal shot.

The suspect who was arrested was taken to a police station for treatment, according to police.

Two firearms were recovered inside the apartment, police said.