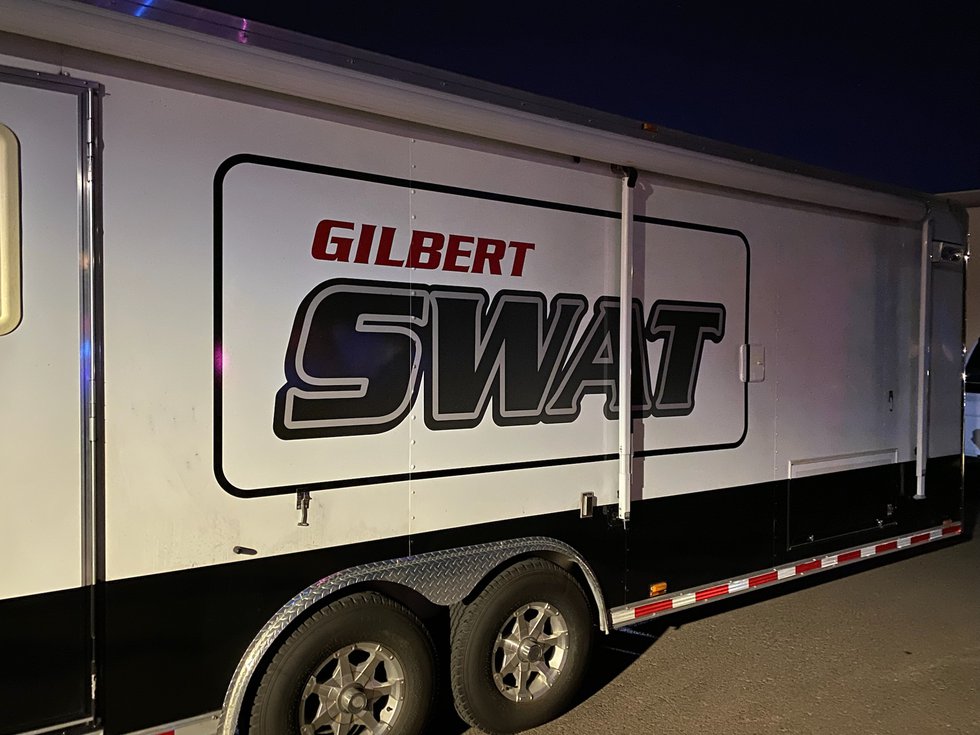 GILBERT, Ariz. (3TV/CBS 5) — A gunman was fatally shot by Gilbert police early Saturday morning at an apartment complex. It happened at The Flats at SanTan Apartments near Williams Field Road and Santan Village Parkway.

It all started when police received a call from a woman saying her ex-boyfriend, identified only as a 27-year-old man, was on his way to her apartment. Police say they had a protective order against him. Officers say the man had previously been arrested for another incident and removed his ankle monitor just before arriving at the apartment.

Gilbert police showed up before the suspect arrived and as he was talking to her, the man approached the apartment. An officer attempted to speak with the man, but he fled with a gun drawn. Police said the officer lost sight of him, but authorities began a perimeter around the compound. Several agencies assisted in the search, including the Arizona Department of Public Safety helicopter, and he was found with his gun by his side.

A SWAT team tried to get him to surrender, but officers say he would not comply. Police said after three hours of trying to negotiate with him, the suspect “presented a threat” to officers, and police fired less-lethal and deadly bullets at him. The suspect died at the scene. No officers were injured.

Gilbert police say the officers’ body cameras were on at the time of the shooting. The Arizona family is working to get video of the standoff. The investigation is ongoing.