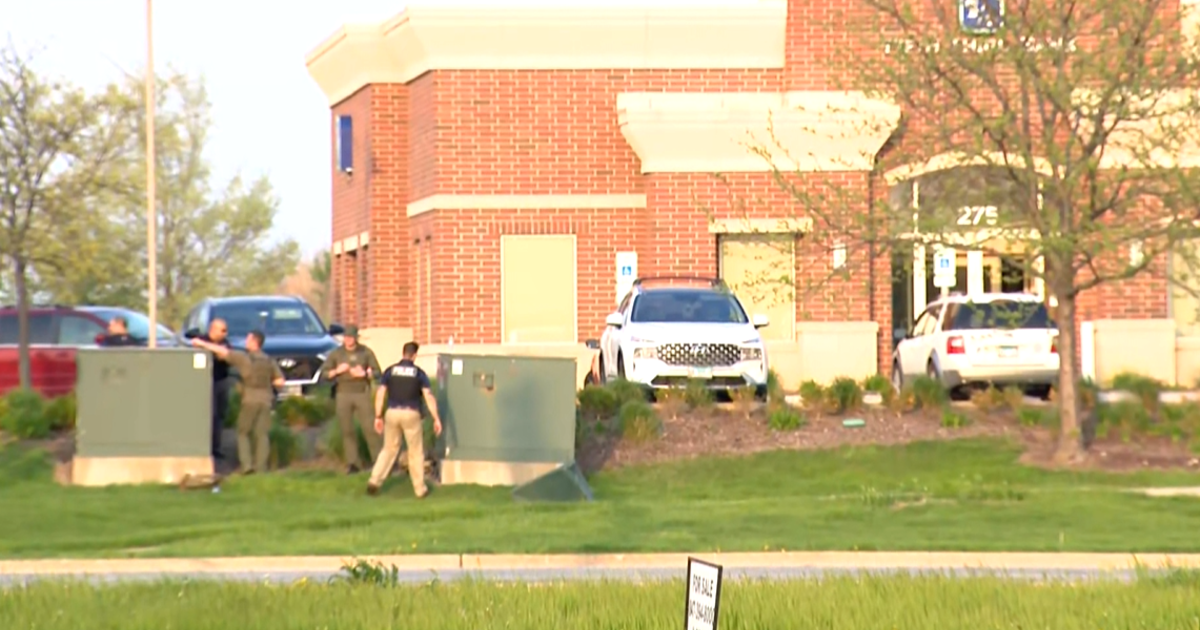 ROMEOVILLE, Ill. (SCS) — A man broke into a bank in Romeoville, started shooting and took hostages on Tuesday afternoon, before being shot dead by police.

But the shooter wasn’t robbing the bank.

As CBS 2’s Jermont Terry reported, the drama unfolded at Fifth Third Bank at 275 S. Weber Rd., beginning at 3:40 p.m. Romeoville police arrived at the scene after a call from inside the bank.

Bank employees were ordered to call 911 at the request of an armed man inside. The audio from the dispatch also indicated that the man had asked for a chair outside the door.

“It was chaos here today,” said Lisa Coleman, who lives nearby.

The Will County Sheriff’s Office SWAT team, which also responded, also removed Lisa Coleman and neighbors from the Creekside townhouse.

“I came out and saw the two SWATs standing here with a gun on them. It was very scary, because it’s too close to my house,” Coleman said. “It’s happening on the way to closing.”

If the neighbors were scared, imagine the concern of bank employees.

The shooter never asked for money. He barked orders at gunpoint and fired several shots inside the bank, but he never shot anyone.

The hostages he took from the bank were eventually freed, just as Romeoville Police and Will County SWAT arrived.

But the shooter refused to come out. He remained locked alone inside the bank. Over two hours later, SWAT saw an opportunity to shoot the man and fired.

“There was a gunshot. Everyone started ducking,” Coleman said. “The police wouldn’t let us near, because, you know, bullets don’t have names.”

The suspect was rushed to hospital, where he later died, ending the frightening ordeal.

No bank employee was injured. About eight are believed to have been inside the bank at the time.

Illinois State Police have been investigating since a Will County Sheriff’s officer fired the shot that killed the barricaded man.

Police remained at the scene investigating from 10 p.m.

Jermont Terry joined the CBS 2 team in October 2019. He was born and raised in Chicago’s South End. He is happy to return home to report on his community after 18 years of uncovering stories across the country.