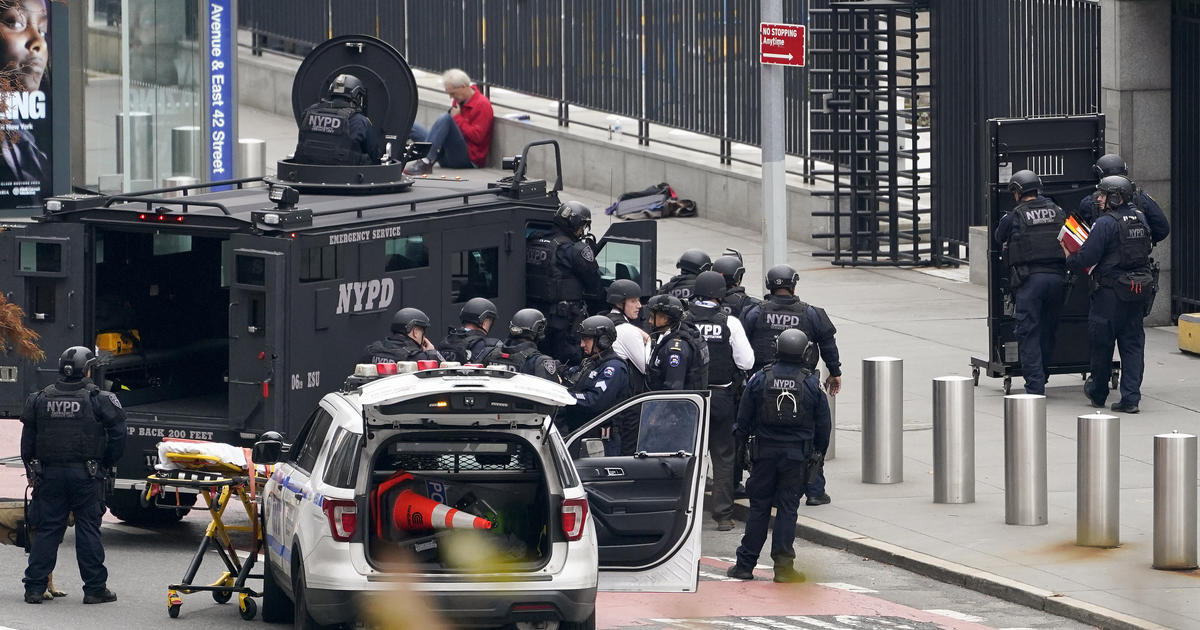 An armed man was taken into custody Thursday after an hour-long standoff with police forced the United Nations headquarters to lock down in New York, authorities said. There was no additional threat to the public, they said.

Police responded to a UN call at around 10:40 a.m. ET about a man appearing to be holding a loaded shotgun outside the building’s headquarters in Manhattan, Commissioner Benjamin Tucker said. Fire Assistant at a press conference.

At the scene, officers spoke with the man for several hours as he held a shotgun loaded with a cartridge under his chin, according to New York City Police Chief Harry Wedin. The man finally handed over the notebooks he wanted the UN to receive.

Wedin said the papers were medical documents and “had no specific meaning” related to terrorism. “Based on the statements he made, we knew very early on that it did not appear to be linked to terrorism,” he added. A bomb squad of police responded to the scene as a precaution, but police said there was no indication the man had an explosive device.

The gunman surrendered and was taken into custody without incident at 1:40 p.m. “I think it was an opportunity for him to get the attention he needed and it worked,” Wedin said.

The man, who has not been identified, is from Florida and has no criminal record, Tucker said. The individual “had some problems” and was sent to hospital for observation, he said.

“I would like to thank the entire response team who helped bring this incident to a peaceful conclusion,” Tucker said.

An investigation is underway and the gunman faces pending charges.

Tori B. Powell is a reporter for CBS News. Contact her at [email protected]