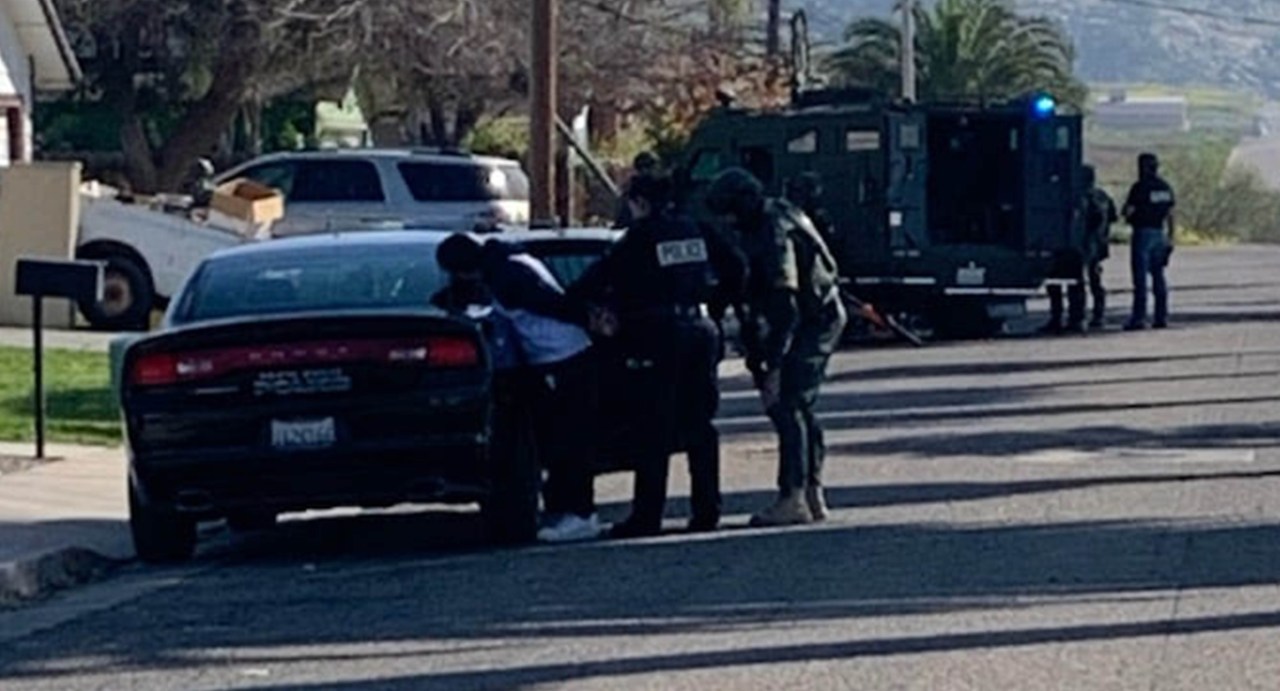 PORTERVILLE, Calif. (KSEE/KGPE) – A domestic violence suspect armed with a shotgun locked himself in a room with a victim and four children during a standoff lasting several hours early Tuesday morning, according to the police department of Porterville.

At approximately 3:40 a.m., officers responded to a report of domestic violence at a home near Putnam Avene and Ruth Street.

When officers arrived, they spoke with the 911 caller, who had managed to escape the house but was not directly involved in the incident.

Authorities say the witness told officers that Angel Gil Martinez, 29, assaulted someone he had an argument with at home. Details of who was allegedly assaulted are being kept confidential by authorities, but they say the victim had an active domestic violence restraining order against Martinez.

During the fight, officers say Martinez grabbed a loaded shotgun and began threatening the victim.

Martinez is accused of then locking himself in a room with the victim and his four children.

Officials say SWAT and Crisis Response teams were called to the home after officers learned that “the victim and children were being held against their will” by Martinez.

Over the next few hours, officers said they continued to try to speak to Martinez, who refused to respond.

At around 9:40 a.m., members of the SWAT team began to approach the house after spotting one of the children near a window. As officers approached the house, Martinez turned himself in and did not resist being taken into custody.

The victim was taken to a local hospital after officers found her with moderate injuries inside the home. The four children were not injured during the incentive.

During a search of the house, officers say they discovered a loaded shotgun in one of the rooms.

Martinez was sentenced to the South County Detention Center on charges of domestic violence, kidnapping, assault with a deadly weapon, child endangerment and being a convicted felon in possession of a firearm.