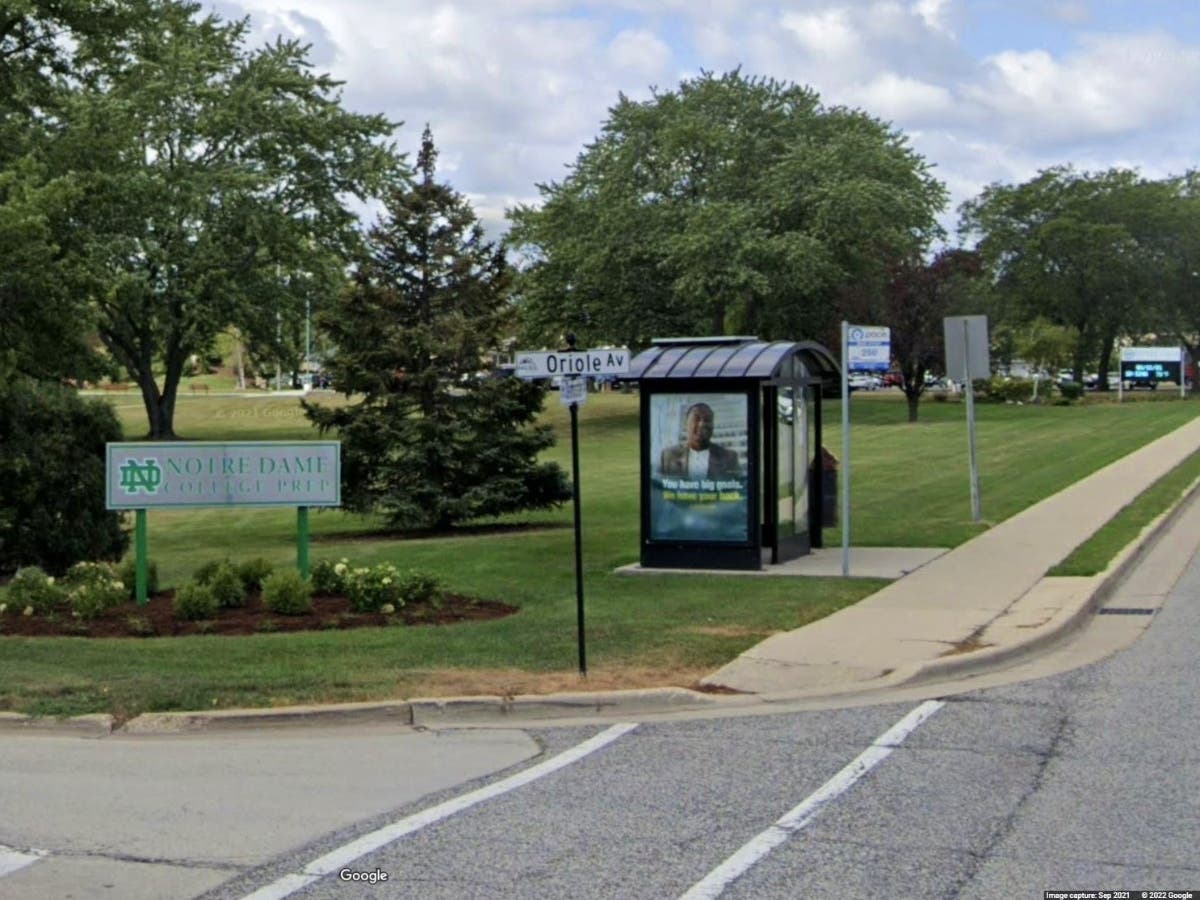 SKOKIE, IL — A Chicago man has been held without bail after he allegedly admitted he illegally carried a firearm outside a Niles high school.

Carlos Ablert Kamber, 51, of the 5700 block of West Giddings Street, has been charged with a habitual armed felon and two misdemeanor counts of aggravated assault in connection with his arrest Thursday outside Notre Dame College Prep, 7655 Dempster St ., records show .

According to police and prosecutors, shortly before 9 a.m., dispatchers received a 911 call indicating that someone had lifted his shirt to flash a handgun tucked into his pants. At the time, school was in session and students were arriving.

Officers immediately notified school staff, who ensured “no one was allowed to enter or leave the school”, according to a police spokesperson. School officials said they appreciated the quick work of the police.

“Once we were alerted by Niles Police, we were able to implement our safety plan and continue to provide a safe school and campus,” a school spokesperson told Patch. “At no time was there a specific threat to our school community.”

Police reported finding Kamber at the Pace bus stop at the corner of Dempster Street and Oriole Avenue. He fits the description of the shooter and admitted to having a gun.

“The officers asked [Kamber] if he had a gun and [Kamber] said he did,” Cook County Assistant District Attorney Kate Fritzmann said Friday during Kamber’s initial court appearance in Skokie.

Kamber told officers the 911 caller, the driver of a black Jeep, “glared at him angrily,” Fritzmann said. “[Kamber] further stated that he then lifted his shirt and showed the handgun.”

The prosecutor said Kamber told investigators he had the gun for protection and had traveled to the area to visit his son.

Kamber has previously been convicted of six felonies, and at the time of his arrest was on probation following a 2011 conviction on federal charges in southern Illinois. He was sentenced to 20 and a half years in prison in this case and was released in February 2020.

According to a Department of Homeland Security immigration detainee, Kamber filed an exhibit while acting as his own attorney, he was released from Immigration and Customs Enforcement custody at Chicago in March 2005 on a supervision order while waiting to obtain travel documents to return to his native country. Iraq.

After Kamber served time for a 2008 Cook County conviction for possession of a controlled substance, U.S. Drug Enforcement Administration officers found him during a court-authorized search of a house in the countryside of Elizabethtown. Officers reported finding more than 1,000 marijuana plants in the home and a nearby building, along with two firearms.

According to ECI report, Kamber said he was sent home by gang members who planned to kill him. He claimed they kept him alive and put him to work as a security guard because he had incriminating information.

During a June 2009 interview with a federal agent, Kamber allegedly stated that he had been affiliated with the Latin Kings and Assyrian Kings street gangs.

“Kamber said he later fell out with the Assyrian kings because he started practicing Judaism,” the agent reported. “Kamber said he is currently under threat from members of the Latin Kings and Assyrian Kings, as they have now joined forces.”

Fritzmann said federal authorities plan to file paperwork to revoke Kamber’s supervision following his arrest in Niles. The prosecutor argued that Kamber posed a real and present threat to the person he pointed the gun at as well as to the community as a whole.

After Cook County Circuit Judge Aleksandra Gillespie granted the prosecution’s request to hold him without bail, Kamber said his cooperation with federal authorities put his life at risk. He said government officials knew ‘gangbangers’ were trying to kill him – and that he was shot and nearly killed.

“I tried to make everyone aware, everyone in the federal government, that they threw me out on the street and victimized me,” Kamber said.