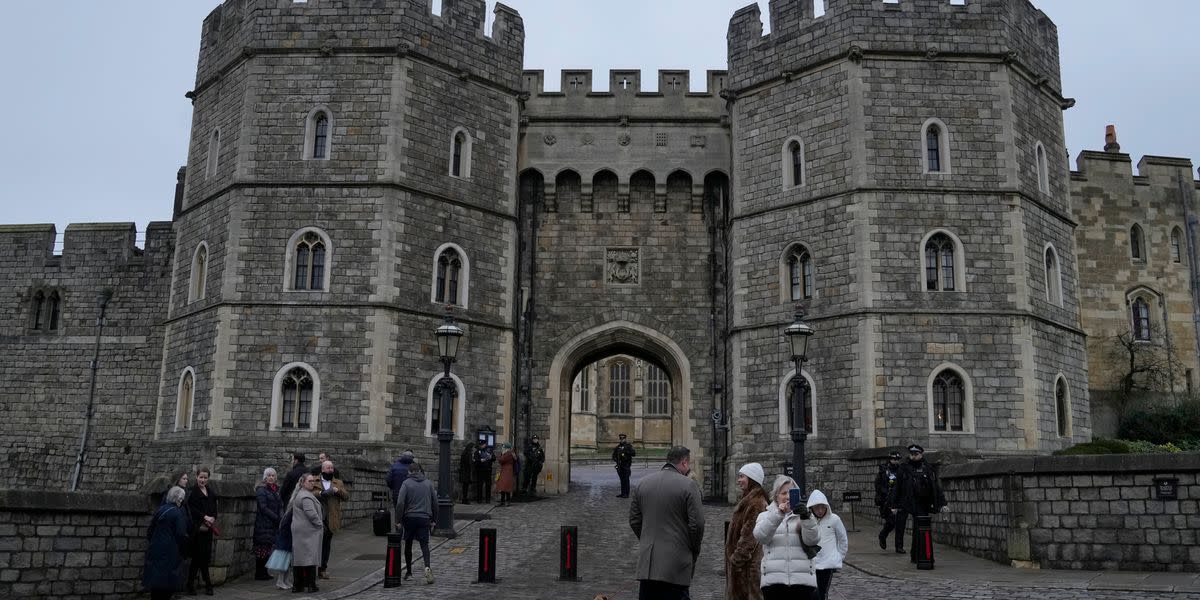 A 19-year-old intruder with an ‘offensive weapon’ was arrested outside Windsor Castle on Saturday morning as queen elizabeth and other members of the royal family celebrated Christmas indoors, police officials said.

The unidentified Southampton man was quickly taken into custody. Thames Valley and Metropolitan Police officers responded within minutes of being spotted, and he did not enter any buildings on the grounds of the Queen’s main residence, officials say.

“The man has been arrested on suspicion of breaching or trespassing a secure site and possession of an offensive weapon. He remains in custody at this time,” Thames Valley Police Superintendent Rebecca said on Saturday. Mears, in a statement, “Members of the Royal Family have been notified of the incident.”

No details were provided on the weapon.

Mears said officials did not believe there was a “wider danger to the public”.

An investigation is continuing.

The Queen had canceled the family Traditional Christmas gathering at Sandringham House in Norfolk due to concerns about the omicron variant of COVID-19. Prince Charles and his wife, Camilla, the Duchess of Cornwalljoined the Queen instead at Windsor Castle.

Prince William, Kate Middleton and their three children – Prince George, 8, Princess Charlotte, 6, and Prince Louis, 3 – are said to have celebrated the party at their country home, Anmer Hallon the estate of Queen Sandringham.

It was the Queen’s first Christmas since her husband’s death, Prince PhilipWho died in April at the age of 99.

The couple celebrated Christmas last year in Windsor due to concerns over COVID.

This article originally appeared on HuffPost and has been updated.