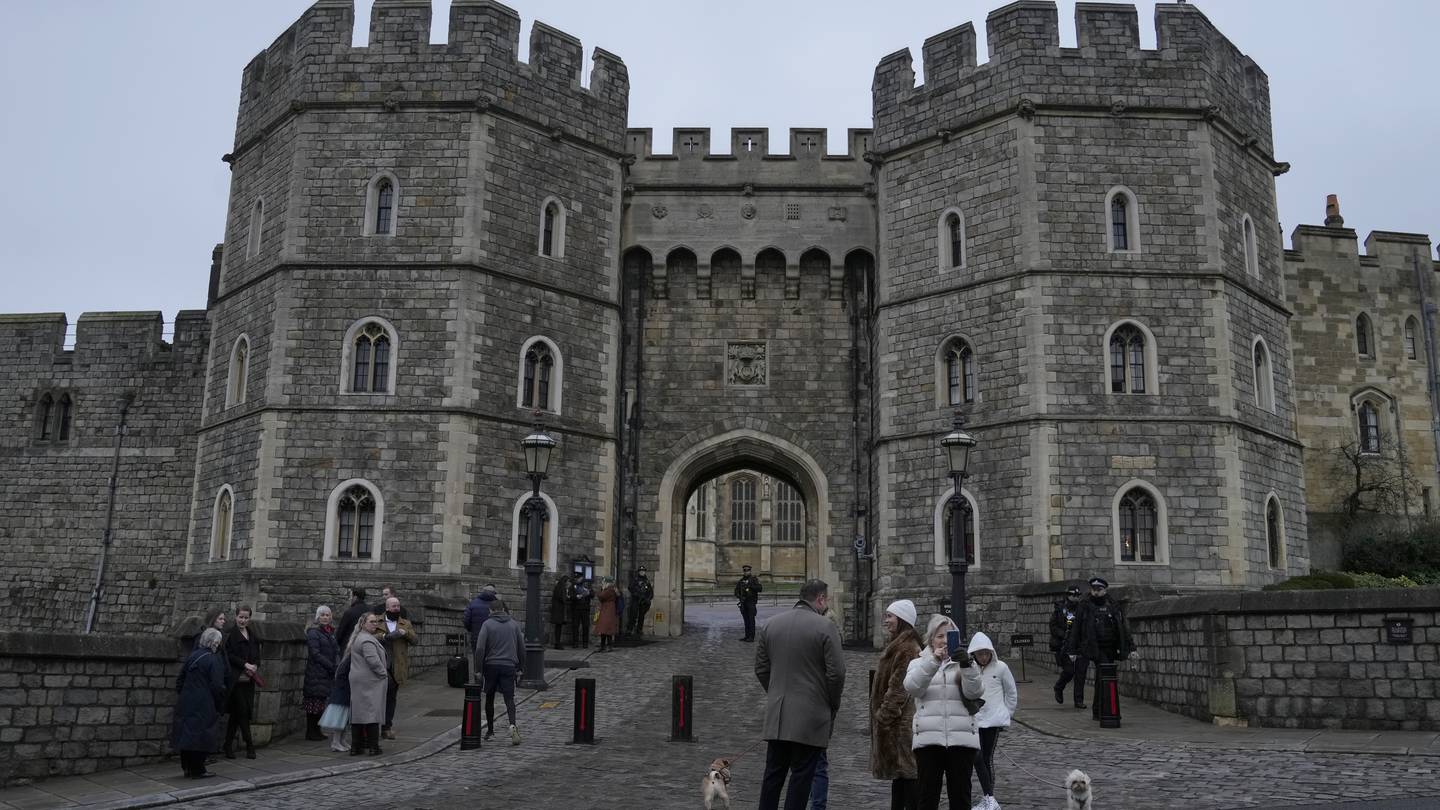 A man with a gun has been arrested in the grounds of Windsor Castle as Queen Elizabeth II celebrated Christmas there.

Thames Valley Police said the breach took place at 8.30am on Saturday.

A 19-year-old Southampton man has been arrested on suspicion of breaching or trespassing a secure site and possession of an offensive weapon, detectives say.

Newspaper reports claim the arrest came after security guards monitoring CCTV spotted a man carrying what appeared to be a crossbow.

“The man has been arrested on suspicion of breaching or trespassing a secure site and possession of an offensive weapon. He remains in custody at this time,” Thames Valley Police Superintendent Rebecca Mears said. .

“We can confirm that security processes were triggered within moments of the man entering the grounds and he did not enter any buildings.”

The Trafalgar Theater in central London has been forced to cancel its Monday night performance of ‘Jersey Boys’ after members of the company tested positive for coronavirus. Major UK theaters are suffering a wave of cancellations as the country is hit by a rise in Omicron infections. Pennsylvania

Members of the Royal Family have been informed.

Queen Elizabeth II usually spends the festive season with her family at Sandringham, the royal estate in the east of England.

She is staying at Windsor Castle this year because of the pandemic.