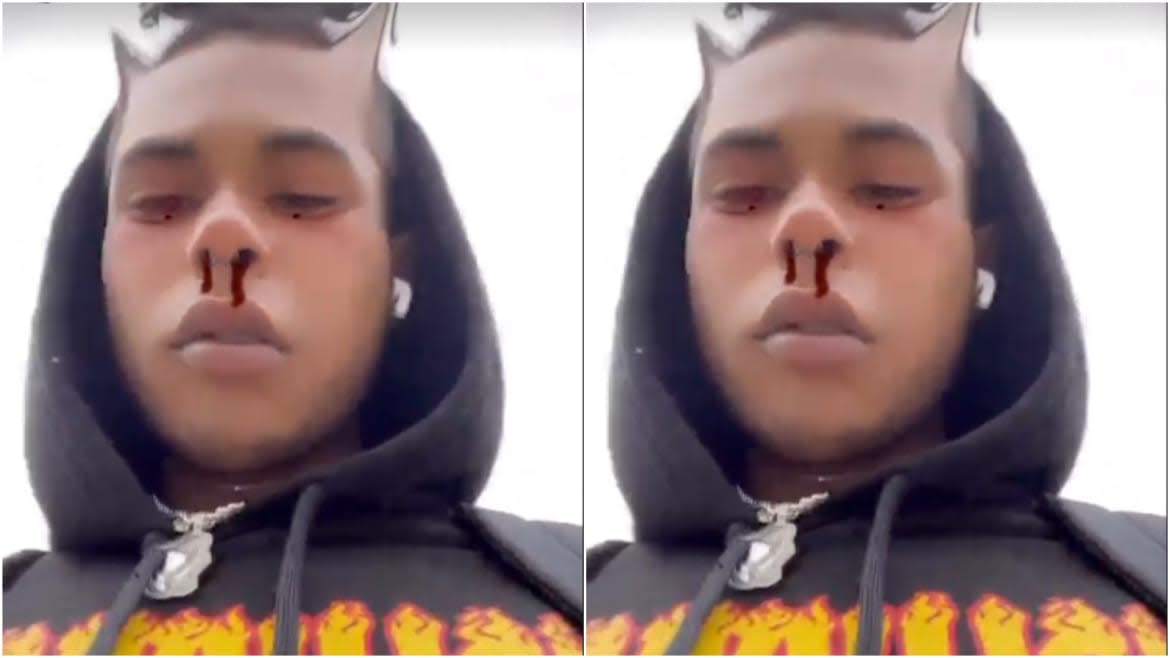 The man who would rushed onstage and attacked comedian Dave Chappelle while performing Tuesday night at the Hollywood Bowl is an aspiring rapper who recorded a song in 2020 titled “Dave Chappell.”

Isaiah Arias Lee, who performs under the name “NoName_Trapper“, was arrested for assault with a deadly weapon, according to booking records. Lee, 23, was carrying a replica gun with a knife hidden inside, police said. After Chappelle’s security team subdued Lee, with the help of comedian Jamie Foxx, the 23-year-old was taken to hospital for treatment. He remains jailed on bail set at $30,000. Chappelle was not injured in the bizarre incident.

“Life with you [N-words] a joke,” Lee repeats over and over on the track, also mentioning “keys to a boat,” seemingly without context.

In an Instagram story posted on their page prior to the attack, Lee can be seen wearing the same sweatshirt he wore during the Chappelle ambush. It has no sound and only lasts a few seconds, but Lee shot the clip with a filter that gives it what appear to be devil horns.

Other Lee’s tracks include “Drugs in Los Angeles,” “AFLAC,” and “Phone Trump.”

It was not immediately clear what prompted Lee to approach Chappelle. A man listed as Lee’s manager on his social media accounts, Rich the Kid, did not immediately respond to The Daily Beast’s request for comment.

Learn more about The Daily Beast.

Get the Daily Beast’s biggest scoops and scandals straight to your inbox. Register now.