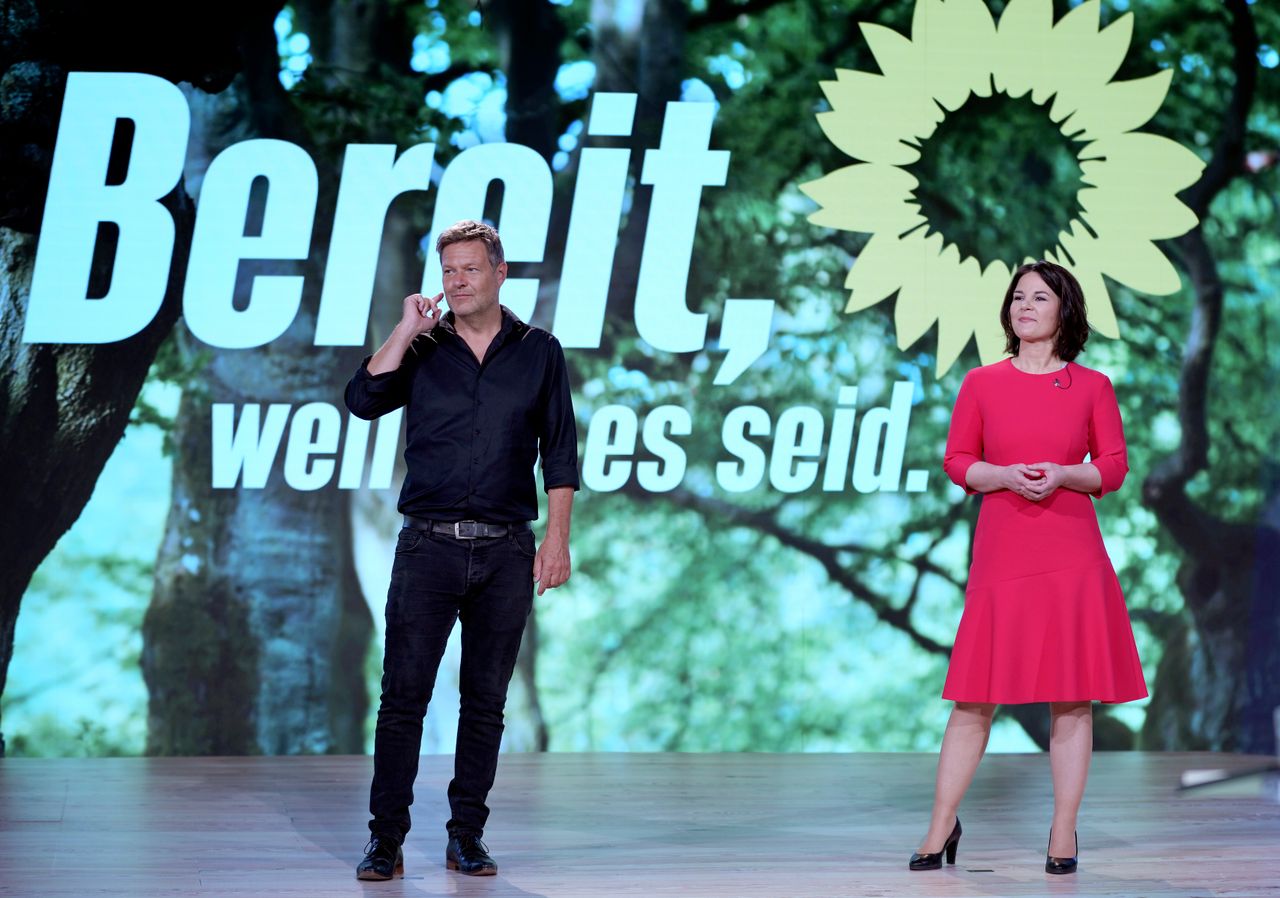 If proof was needed that a federal government including or led by the Greens would exacerbate the militarist policies of the current grand coalition of Christian Democrats and Social Democrats, the recent Green Party conference provided it.

At the end of their rally, the former pacifists decided to include a passage in their electoral manifesto which would, in principle, allow the purchase of armed drones for the Bundeswehr (Armed Forces). By a narrow majority of four votes, the conference of federal delegates approved a corresponding motion by former federal environment minister Jürgen Trittin.

The motion justifies the planned purchase of combat drones on the grounds that “these systems can better protect soldiers in certain situations”. It is nothing more than propaganda. Everyone knows that combat drones, like no other weapon, are brutal murder tools linked to the illegal interventions of the imperialist powers in Central Asia, North Africa and the Middle East.

According to the London-based Bureau of Investigative Journalism, the U.S. military alone carried out 14,040 drone strikes between January 2004 and February 2020, killing between 8,885 and 16,901 people. Among the victims are many civilians (910 to 2,200) and children (283 to 454), participants in birthday parties, weddings and other family celebrations repeatedly targeted for attacks.

The Greens are aware that their decision paves the way for regular use of this deadly means of warfare by the German army. “Armed drones are mainly used in counterterrorism missions and often for killings that violate international law. The availability of armed drones threatens to change military deployment scenarios, ”reads a counter-motion that was rejected by delegates.

The conference’s decision to leave criticism of NATO’s two percent target in the manifesto has nothing to do with pacifism. “We are talking about an additional 15 to 20 billion euros per year,” said National Executive Secretary Michael Kellner. “Let’s reject the arbitrary 2% target and at the same time make an offer on how Germany can play a bigger role in the world. “

Earlier, Annalena Baerbock, who was officially elected the party’s chancellor candidate at the conference with 98.5% of the delegates’ vote, attacked the right’s infamous 2% target. An abstract fixation on defense spending amounting to 2% of gross domestic product was not enough to ensure the necessary rearmament, she said. Perhaps “more spending on our security” was needed, she said in a joint televised discussion with the other two chancellor candidates, Armin Laschet (CDU / CSU) and Olaf Scholz (SPD) .

After three decades of wars led by the United States, the outbreak of a third world war, which would be fought with nuclear weapons, is an imminent and concrete danger.

The Greens know what they are talking about. When they first served in the federal government between 1998 and 2005, they helped organize Germany’s first combat operations since World War II, in Kosovo and Afghanistan, along with the SPD. Now they want to further intensify the war policy.

The electoral manifesto adopted by the Greens leaves no doubt on this subject. Although the grand coalition has rearmed massively in recent years, launched numerous interventions in Africa and the Middle East, and increasingly openly recalled the disastrous traditions of German militarism of the last century, German foreign policy is still much too hesitant for the Greens.

“For years, however, Germany at best moderated itself in Europe and the world, often hesitated, hid itself.” It was “time to pursue an active foreign policy and to lead the way as a determining force,” he said in Chapter 6 of their election manifesto on international politics. Like a pressure group for the arms industry, the Greens are pleading for a massive rearmament of the Bundeswehr, NATO and the European Union. Here are some examples.

In the section “Modern Bundeswehr” it says: “The mission and tasks of the Bundeswehr must be oriented towards real and strategically important challenges for security and peacekeeping. We want to safely equip the Bundeswehr with personnel and material in accordance with its mission and tasks. It is unacceptable for soldiers to go on a mission with inadequate protective equipment.

The EU must also “take responsibility for its own security and defense”. To develop the Common Security and Defense Policy (CSDP), “enhanced cooperation between EU armed forces must be developed” and “military capabilities must be pooled and generally recognized capability gaps must be filled “. What was needed was “appropriate equipment, expansion of EU units and a strengthening and consolidation of the EU joint command structure”.

Regarding NATO, the Greens call for a “strategic reorientation” so that “strategic interests can be jointly developed and represented in a coherent and more convincing way on the basis of European values ​​such as multilateralism, democracy and the State of law “. What this means is clear. The Greens are playing the leading role in Germany in escalating the imperialist powers’ preparations for war against Russia and China.

The electoral manifesto contains numerous threats against these two nuclear powers. “The German and European economy” was “under great pressure” and had to “hold its place in global competition with authoritarian state capitalism and largely unregulated tech giants,” he said at one point. .

The Nord Stream 2 gas pipeline project was “geostrategically harmful, especially for the situation in Ukraine”, and must “therefore be stopped”. At the same time, the sanctions “imposed on Russia due to the annexation of Crimea in violation of international law and military action against Ukraine” must be maintained and “strengthened if necessary”.

Once again, the Greens do not shy away from military escalation. Ahead of the party conference, Co-Chair Robert Habeck visited the war zones in eastern Ukraine and demanded that the anti-Russian right-wing government in Kiev be supplied with German weapons and be given a greater military support.

The Greens played an active role in the Maidan coup in early 2014, supporting far-right forces in the name of democracy and human rights to bring a pro-Western regime to power in Kiev. Now they are pushing the same strategy vis-à-vis Russia and Belarus.

On Russia, the Greens’ manifesto announces that they “will support and intensify exchanges with courageous civil society which resists the increasingly harsh repression of the Kremlin and fights for human rights, democracy and ‘Rule of law’.

Significantly, Belarusian opposition leader Svetlana Tikhanovskaya appeared at the party conference on Sunday. She said Germany must play a “key role” in resolving the political crisis in her country, because Europe can “only be safe if Belarus is safe”. She explicitly thanked Habeck and Baerbock for their commitment to Eastern Europe and for “giving Belarus a voice in Germany”.

In domestic politics too, the Greens position themselves as ruthless representatives of the interests of German capitalism. In Habeck and Baerbock’s speeches, the dangers posed by the still endemic COVID-19 pandemic played almost no role. The same goes for the electoral manifesto. On 137 pages, there is not a single request or concrete measure to combat the virus. Words like “containment”, “protective measures against the coronavirus” or “vaccination program” do not appear.

It’s not surprising. Wherever the Greens rule in the Länder, with the CDU, the FDP, the SPD and the Left Party, they have put into practice the murderous policy of “profits before life” which has already claimed nearly 90,000 lives alone. ‘in Germany. When reference is made to the coronavirus, it is only to state that the German economy must be restructured and adapted to international competition. “After the coronavirus pandemic, our country needs a new economic awakening,” he says, for example, in the chapter called “We promote entrepreneurship, competition and ideas”.

In this context, the few social promises of the manifesto are not worth the paper on which they are written. After the federal election, the ruling class is preparing to collect from the working class the debt created as hundreds of billions were handed over to big companies and banks via the so-called coronavirus bailouts.

Here too, the Greens and the wealthy layers of the upper middle class of which they speak are ready to walk on corpses. For example, the party conference decided to leave the “debt brake” (a legal cap on public spending) in the manifesto. With this, the Greens explicitly support the most important instrument of austerity policies of recent years. In 2003, while forming a coalition federal government with the SPD, the Greens helped launch the “Hartz laws”, which plunged millions of workers and their families into poverty.

What is the pseudo-left?

This journal examines the response of pseudo-left political trends internationally to major global political events of the past decade.