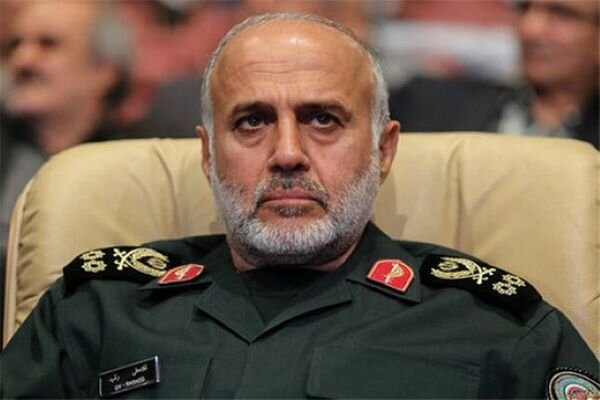 Major General Gholam-Ali Rashid, commander of Khatam al-Anbiya’s central headquarters, warned Tuesday against a well-calculated response at the right time and place if the enemy made any mistakes.

The enemy must know that “we are always watching them, we are ready and we will surely impose more costs on them than they can achieve,” said Rashid.

He hoped that the enemy would not seek to “test our will and our strength”, otherwise they would not be able to “bear the costs of an all-out confrontation”.

“Believing in the power of the Islamic Republic of Iran will certainly cost the enemy less,” Rashid added.

These remarks follow weeks of growing tensions between Iran on the one hand, and the United States and its allies, in particular the Zionist regime, on the other, particularly over the negotiations underway in Vienna to revive the 2015 Iran nuclear deal, which the Zionist regime fiercely opposes.

Zionist regime suggested it would attack Iran, regime’s War Minister Benny Gantz telling US officials he ordered the regime’s military to prepare for the possibility of a military strike against Iranian nuclear facilities.

“Of course, we prefer to act in international cooperation, but if necessary – we will act alone. We defend ourselves by ourselves,” Zionist regime foreign minister Yair Lapid warned on Monday.

Iranian generals, for their part, have decisively warned the Tel Aviv regime against any adventurism against the country, promising an overwhelming response to any attack.

Iran’s Islamic Revolutionary Guard Corps (IRGC) also launched a massive military exercise last week, after which Iranian Armed Forces Chiefs of Staff Mohammad Baqeri and IRGC Commander-in-Chief Hossein Salami have warned that the Iranian armed forces would “cut off” the hands of the aggressors in the event of an attack on the country.

“25 full-scale exercises are planned for this year,” said Rashid, referring to the last exercise. “So far 15 major exercises have been conducted by the military and IRGC, some of which, of course, will not be made public.”

He said that military exercises are held annually by the Iranian armed forces to test the perception of enemy threats and assess the level of combat readiness, adding that more importantly, the exercises show how well preparedness is adapted to risks. future.

In fact, continues the general, carrying out exercises “means a war before a war. Therefore, it takes precision and creativity in targeting and planning, as well as novelty in execution in order to surprise the enemy.