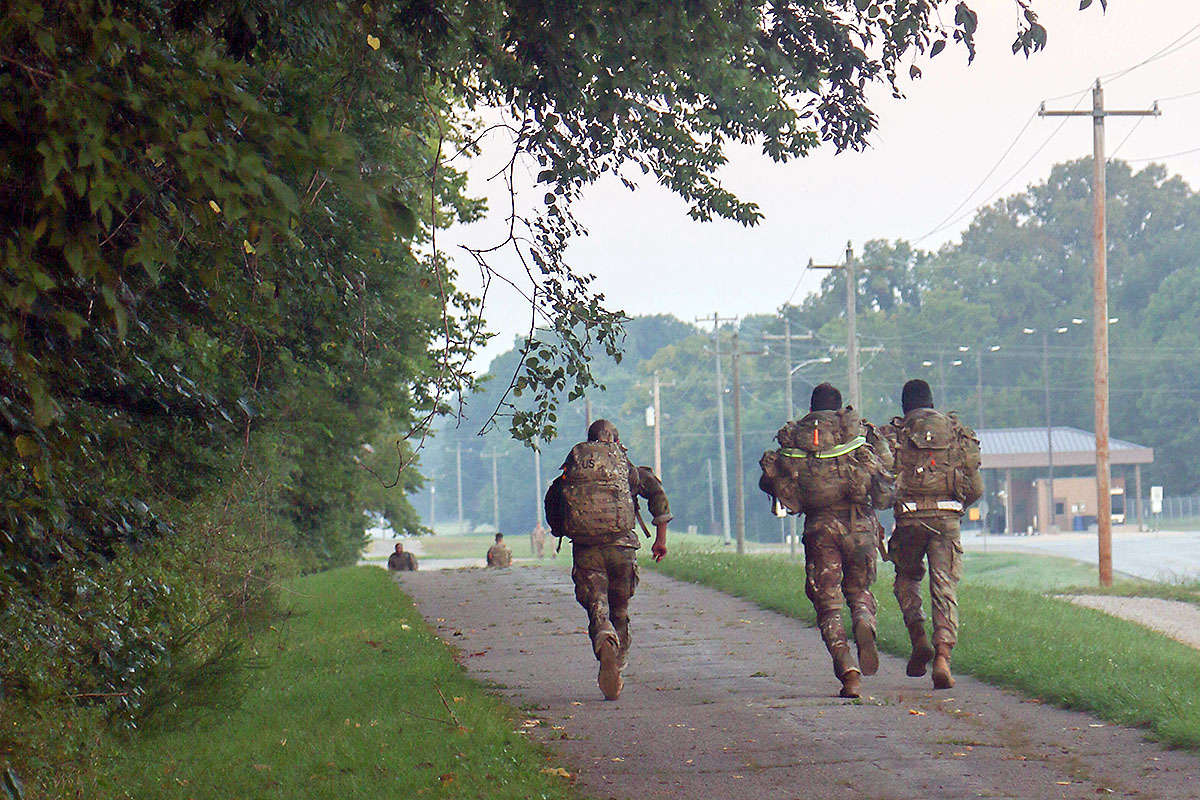 One of the few foreign awards approved in the U.S. military, the GAFPB is one of the most sought after awards to earn. Soldiers can earn a bronze, silver, or gold badge based on their performance.

The GAFPB consists of four events over two days aimed at testing the proficiency of the competitors in the skills and physical abilities of the soldier.

The basic fitness test consists of 11×10 meter sprints, arm bent hanging and a 1000 meter run. During the 100 meter swim, soldiers have four minutes to swim 100 meters and then remove their OCP uniform and place it outside the pool.

For 9mm pistol qualifications, soldiers must score nine hits for gold, eight for silver, and seven for bronze. For the final event, the ruck march, soldiers must complete the 12 kilometers (7.46 miles) in less than two hours.

SPC. Information technology specialist Regan Mullen said she was excited to participate in the GAFPB because of the tradition.

“I didn’t know much about the event until my staff sergeant told me about it,” Mullen said,
“But after researching, I really like the lore behind it. It’s something friendly that we do between two different nations to promote fitness and unity.

Mullen, with Staff Sgt. Simon Fatoyinbo and Spc. Jeremiah Mickel then finished the ruck walk with the fastest time of 1:24.31.

“If you don’t train for it, it will definitely hurt,” Binan said.

Binan said the event may have been physically challenging, but he appreciates the chance to participate with other soldiers.

“It’s a big event, but I’m just excited to have the opportunity to compete and hang out with these guys,” Binan said.

Of the 74 participants, 71 were able to earn the coveted German Armed Forces Proficiency Badge. Of these 71, 32 obtained the bronze badge, 31 silver and only eight gold.