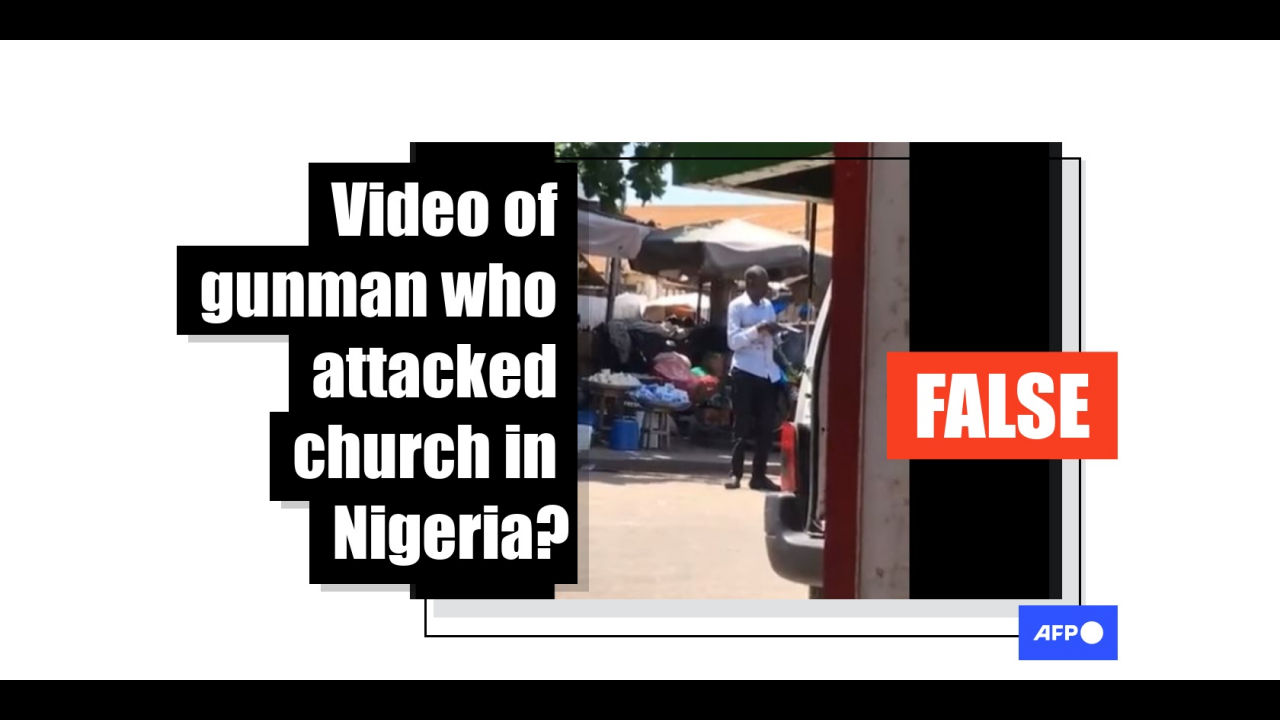 Former Nigerian presidential candidate Tope Fasua shared a Facebook post with footage of a law enforcement officer bravely disarming a gunman, who Fasua said had participated in an attack on worshipers at a Catholic church in Ondo State, southwestern Nigeria. But the assertion is false; AFP Fact Check found that the dramatic clip was filmed in Togo’s capital, Lome, when an assailant appeared ready to open fire on a crowd with a police officer’s rifle.

Gunmen using explosives kill at least 21 people, including children, in an attack on a Catholic church in southwestern Nigeria on June 5, 2022.

Shortly after the attack on St. Francis Catholic Church in the city of Owo during a service, Fasua published a clip praising a police officer who allegedly helped subdue a gunman and relieved him of his rifle.

“A brave policeman caught up with one of them,” Fasua’s Facebook post read. “He looks like a foreigner.” Fasua contested the 2019 Nigerian presidential election under the Abundant Nigeria Renewal Party (ANRP), but lost to incumbent President Muhammadu Buhari.

Some social media users believed his post while others dismissed it.

The same 30-second video also circulated on Twitter where it was explicitly attributed to the gun attack in Owo, although this version of the claim alleged that more than 50 people died.

“#OwoAttack Video One of the Owo terrorists disabled by a brave policeman moments after the attack on the Catholic Church during the service in Ondo,” reads the Tweeter. The accompanying images have been viewed over 200,000 times. 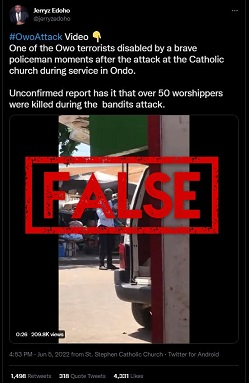 While gunmen hid among worshipers inside the church and also opened fire on the congregation through the windows from outside, the video in question has no relation to the attack .

AFP Fact Check performed reverse image searches on key images from the clip and found several social media posts featuring the clip, including a longer version uploaded to YouTube by Togolese media outlet TogoVisions on June 3, 2022. Meanwhile, a similar clip of the same scene was published the day before by Le Petit Journal Togolais.

The majority of posts link the video to a knife attack at a market in Lomé, Togo on June 2, 2022, where a Chadian trader based in Togo stabbed a gendarme to death and took his weapon, according to the Minister of Security, General Yark Damehame.

AFP Fact Check confirmed that the video was indeed taken in Togo.

A vehicle’s rear license plate number can be seen 38 seconds into the longer YouTube video posted by TogoVisions. However, as the number appears fuzzy, AFP Fact Check used advanced search features on Twitter and Facebook to find a higher quality version of the same video.

In this Tweeter also referring to the Lomé attack, the number is more clearly seen, in red on a yellow background. The four-digit number is separated by a two-letter serial code with a gray dot, and on the far left of the license plate is an image of the national flag of Togo. 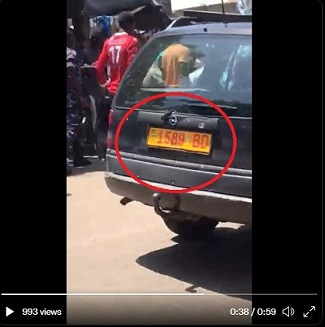 The description matches the rear license plates of a utility vehicle seen in an AFP photo taken in Togo, and is also similar to the country’s current license plate scheme according to the website license plates of the world. An AFP journalist in Togo confirmed this. 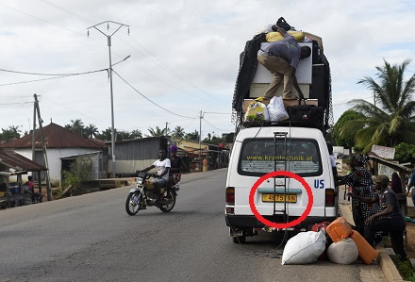 The journalist also confirmed that the language heard in the images is Mina, spoken in southern Togo.

Mina is not commonly spoken in the southwestern region of Nigeria where the attack on the church occurred. Also, AFP Fact Check can confirm that the language is neither Yoruba nor Owo dialect like some people speculated.

Although surveys by police in Nigeria have recovered three undetonated improvised explosive devices from the scene of the church massacre, the gunmen behind the atrocities have yet to be identified.