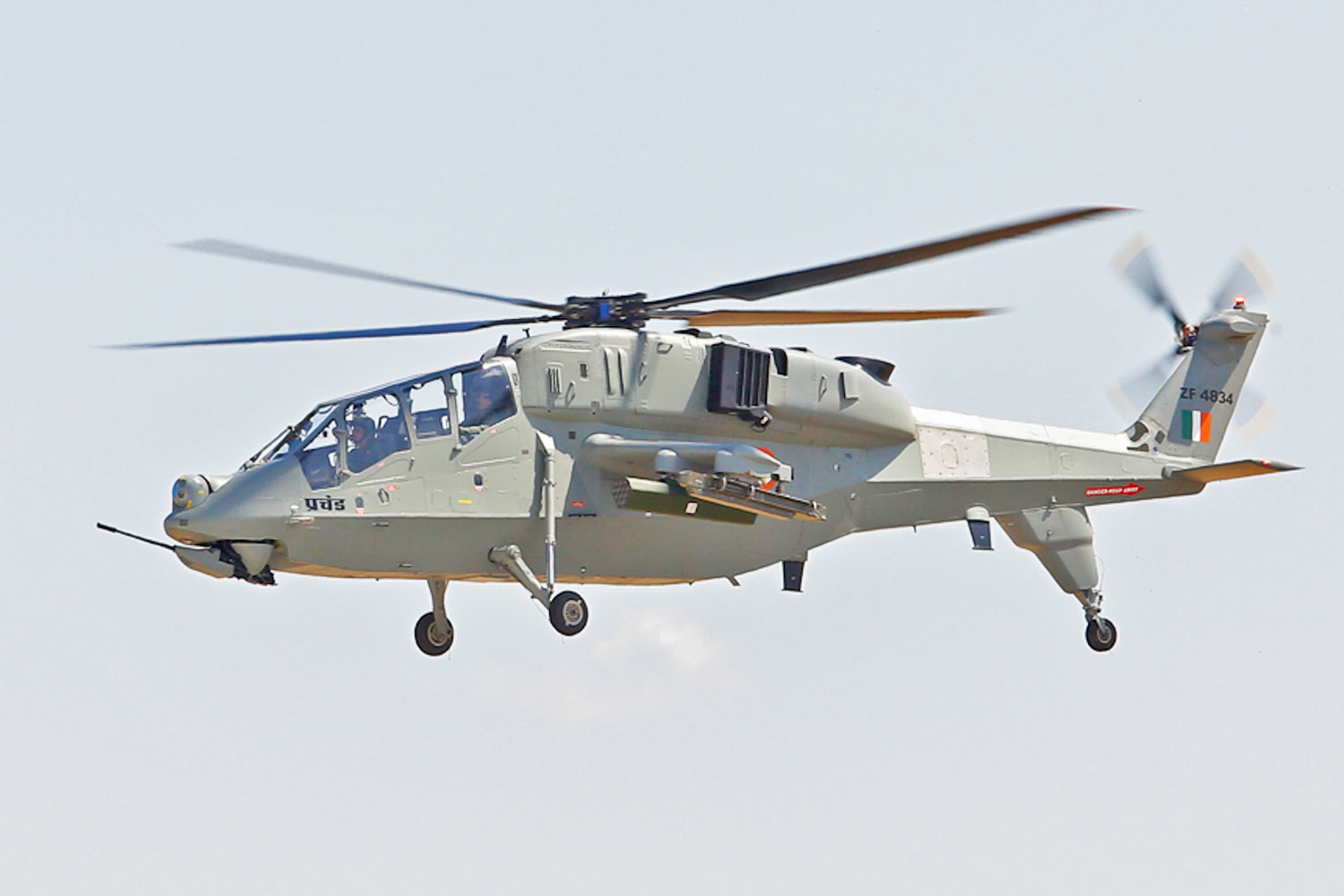 India just achieved a milestone in rotary-wing military aviation. local manufacturer Hindustan Aeronautics Limited (HAL) delivered first prachand attack helicopter to the Indian Army on Monday, placing the country among a select group of nations that have the capability to build the type of aircraft.

Program initiated more than 20 years ago, the Prachand (Fierce in Hindi) is the first attack helicopter designed and built in India. The aircraft is part of the Indian Armed Forces (LCH) Light Combat Helicopter program. The initial batch of 15 helicopters will be divided between the Army (five units) and the Air Force (10).

The LCH, as the model is designated by the Indian forces, is a multi-role combat helicopter manufactured by the HAL Helicopter Division in Bangalore. The start of the project, discussed in India since the early 1990s, was formalized in 2004 and the first prototype flew on March 29, 2010.

According to HAL, the helicopter is designed for all-weather operations and fulfills a long list of tasks: combat search and rescue, destruction of air defense systems, counter-insurgency, interception of aircraft and unmanned aerial vehicles. performing. , support for ground troops, among others.

For this purpose, the Prachand can be armed with rockets, air-to-air and anti-tank missiles and bombs, in addition to the 20 mm cannon with mobile turret in the nose, the main weapon of any attack helicopter.

The LCH specs have some interesting numbers. The helicopter commanded by two crew members (pilot and weapons officer) took off with a maximum weight of 5,800 kg, including 1,750 kg of weapons. Propulsion is provided by two turbines of 1,384 hp each, produced locally by HAL in partnership with Turbomeca, which take the aircraft to a maximum speed of 330 km/h and up to 6,500 meters in altitude. The Prachand’s combat range is 550 km or three hours and 10 minutes of flight time.

The LCH and other ongoing military programs in India are part of the so-called “Atmanirbhar Bharat initiative”, a plan to make the country self-sufficient, especially in the field of defence. Another important project in India is the HAL Tejas Fighter.