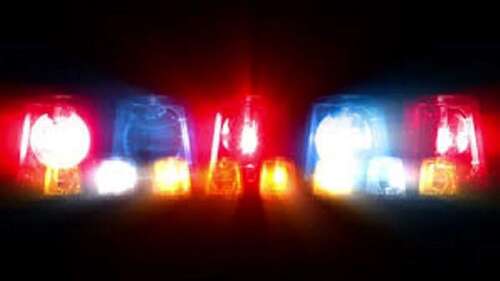 Farmington police officers shot and killed a gunman on Saturday after he fled his vehicle and allegedly refused to lay down his gun. (Durango Herald file)

Farmington police officers shot and killed a gunman on Saturday night after he allegedly moved the weapon towards the officer who repeatedly asked him to put down his weapon.

The San Juan County Regional Officer’s Shooting Task Force is investigating the shooting, according to a post on the Farmington Police Department Blog.

Around 4:50 p.m. April. On January 9, officers approached a vehicle stopped in a parking lot near the 1700 block of East 20th Street. They suspected a man wanted for multiple crimes was inside, the blog said.

As officers attempted to contact the man in the vehicle, he exited the vehicle and ran across 20th Street, apparently carrying a gun.

Officers followed him until he stopped on Yucca Avenue near Sage Drive. According to a news release, officers repeatedly asked the gunman to put down his weapon. He eventually moved the gun towards the officers and two officers fired.

Officers immediately rescued the man and called paramedics. He was taken to San Juan Regional Medical Center, where he died. Both officers have been placed on administrative leave pending the investigation.

In a video released by the Farmington Police Department, Chief Steve Hebbe declined to release the man’s name until his family was contacted.

Farmington Police noted in the statement that the incident is under investigation and anyone with information is asked to contact the San Juan County Sheriff’s Office.

“We are scouting the area right now for any witnesses,” Hebbe said in the video. “If you saw anything around 20th Street that the incident started around Defined Fitness, give us a call.”

The Shooting Task Force handles shootouts involving officers in the area. It is made up of investigators from the San Juan County Sheriff’s Office, the New Mexico State Police, and the Farmington, Aztec, and Bloomfield police departments.

“I remind you that it has only been three months since the last time a subject with a firearm, in this case, shot our officer,” Hebbe said in the video. “It happens too often. I am very disappointed that we are back here so soon, and I am very relieved that our officers were not injured during this.

Hebbe was referring to a Jan. 7 incident in which officer Joseph Barreto was shot and wounded while trying to stop a suspected drunk driver. The man suspected of shooting Barreto was Elias Buck, who had escaped from La Plata County Jail a week earlier. Buck was captured Jan. 14 in Phoenix and jailed at the San Juan County Adult Detention Center in Farmington for aggravated assault on a peace officer with a deadly weapon, possession of a stolen motor vehicle, absconding law enforcement and resisting arrest.