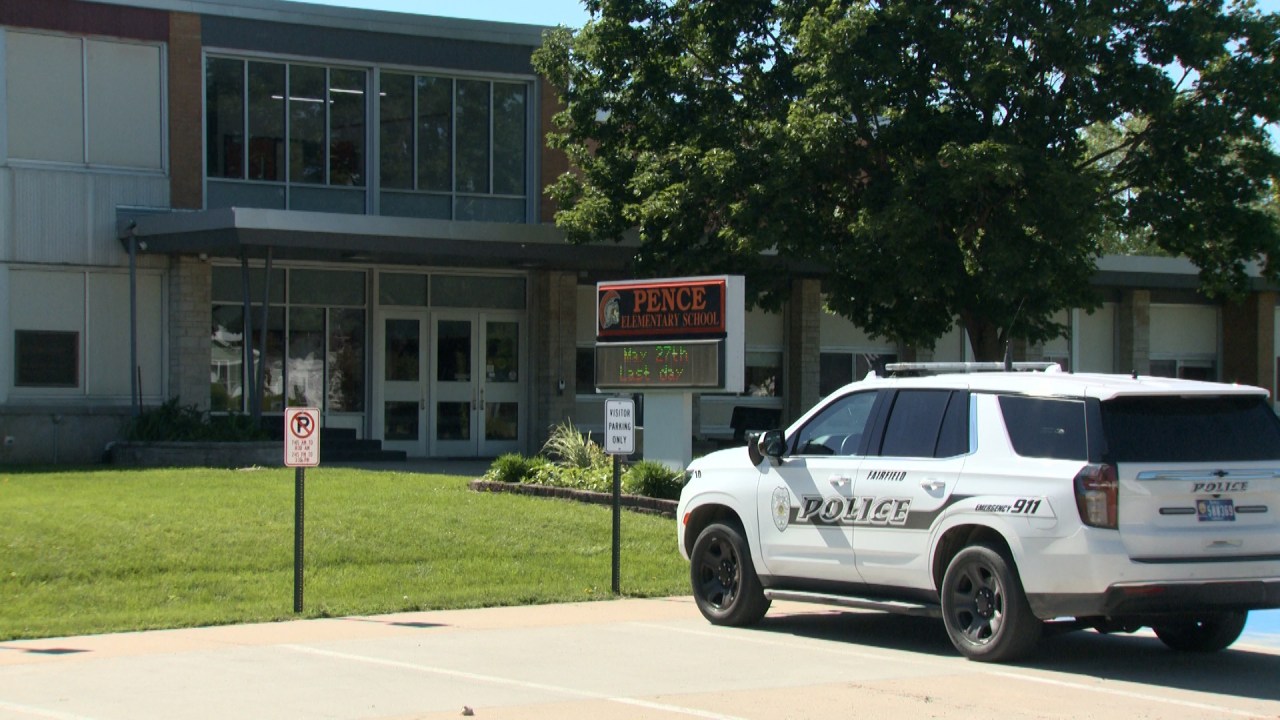 FAIRFIELD, Iowa — The Fairfield Community School District placed all of its buildings on lockdown on the last day of school after a man with a gun may have been seen on one of its campuses.

The Fairfield Police Department said a “gunman” may have been seen at Pence Elementary School around 12:45 p.m. Friday. Police reported the arrival at Pence within three minutes, but found no suspects matching the description given during an emergency call.

The police department continues to investigate the incident.

The situation unfolded in real time on the Pence Elementary Facebook page, which chronicled the lockdown.

Friday, according to a social media post, after a “dangerous situation” was reported near Pence Elementary School.

ATTENTION….All FCSD buildings are currently under Level 2 lockdown. Law enforcement has been called to investigate the report of dangerous activity around the Pence Elementary playground. The release of the students will be delayed until law enforcement says it is safe to release them. Please monitor your phones and emails for further updates.

This post was followed 13 minutes later with another saying that all school buildings were secure and students would be released from school:

Law enforcement secured the areas around each of FCSD’s attendance centers. Students who are picked up in personal vehicles will be released around 1:45 p.m. If you are picking up your student, please follow your building’s normal routes and procedures for car pick-up. The buses will be released shortly after and another message will be sent at that time.