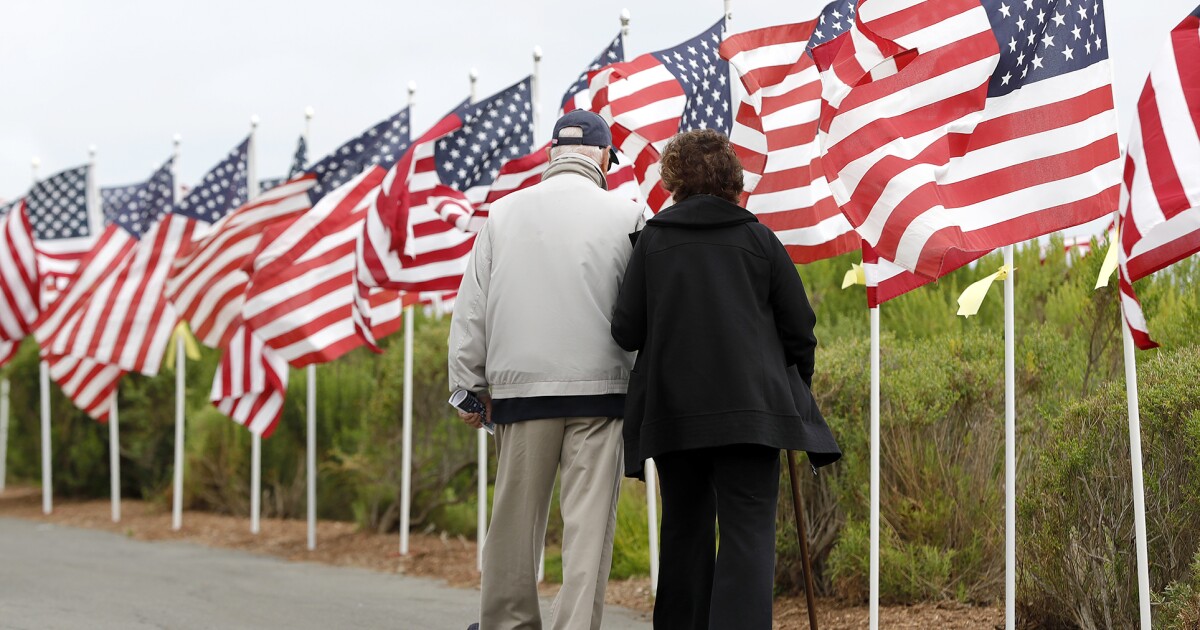 With Memorial Day in the background, the flags are already flying in Castaways Park – 1,776 of them to be exact.

Well, 1,776 and another 200 flags that were planted in a nearby field. The flags were put up on Armed Forces Day, which this year fell on May 21. Yellow ribbons on the flags list those honored by each flag. Some are placed by family members while others are more general and refer to those who served and died in battle.

The Exchange Club of Newport Harbor traditionally sets up the field of honor and will hold a Memorial Day event on Monday. The music will start playing at 11:15 a.m., but the ribbon-cutting ceremony will begin at noon. City dignitaries will be present in addition to a guest speaker and the presentation of flags.

Richard Swinney, chairman of this year’s Field of Honor and member of the Exchange Club, said the flags honor not only those who have died in battle, but also, for the first time, first responders at the light of the covid19 pandemic.

People can dedicate a flag to a service member or first responder for $50 at exchangeclubofnewportharbor.com/field-of-honor. All proceeds are donated to military families, other Americanism projects and local youth charities.

Support our coverage by becoming a digital subscriber.