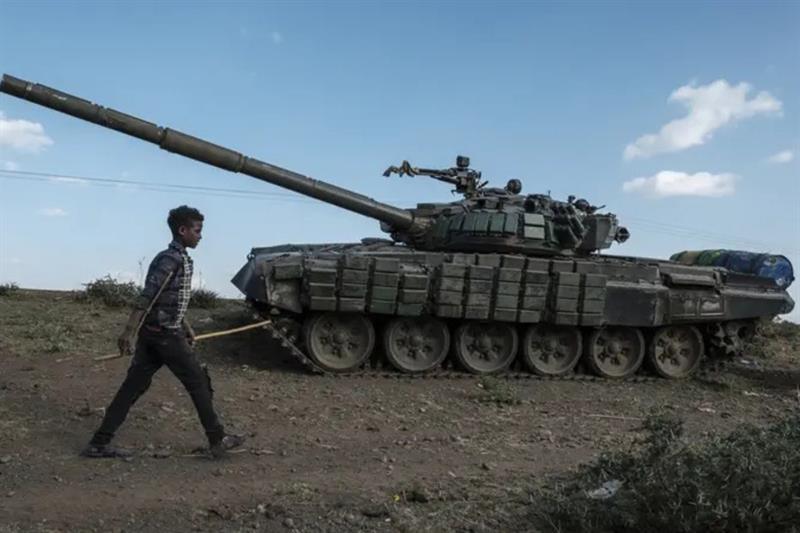 A shepherd walks in front of an abandoned tank belonging to the Tigrayan forces, south of the town of Mehoni, Ethiopia, on December 11, 2020. AFP

Renewed fighting last month shattered a March truce and dashed hopes of a peaceful resolution to the nearly two-year-old war between Ethiopian authorities and the Tigray People’s Liberation Front (TPLF).

Tigrayan authorities have since said they are ready to hold talks led by the African Union, but the Ethiopian government has not publicly responded to the overtures, other than saying it remains “committed” to the peace process. peace led by the AU.

Both sides accused the other of firing first, and fighting spread from southern Tigray to other fronts further north and west, while also drawing in Eritrean troops who supported the Ethiopian forces at the start of the war.

In travel advisories issued Friday evening, the Canadian and British governments warned their nationals in Eritrea to limit their travel following the call to action.

“Local authorities have issued a general call for the mobilization of armed forces in response to the conflict in northern Ethiopia,” the Canadian government said.

“Additional security measures could be imposed at short notice across the country,” he said.

The British adviser said the Eritrean announcement was made on Wednesday.

“You should be extremely vigilant at this time,” the notice said.

Eritrea, which is one of the most closed states in the world, did not comment on the reports.

Since the latest clashes erupted, Tigray has been shelled several times, and an official at Ayder Referral Hospital, the largest in the region, said 16 people had died in airstrikes.

AFP was unable to independently verify the claims. Access to northern Ethiopia is severely restricted and Tigray has suffered a communications blackout for more than a year.

Abiy’s government has declared the TPLF a terrorist group and views its claim to authority in Tigray as illegitimate.

Abiy – Nobel Peace Prize laureate – sent troops to Tigray in November 2020 to overthrow the TPLF, in response to what he described as attacks on federal army camps.

But the TPLF retook most of Tigray in a surprise return in June 2021.

It then spread to neighboring Afar and Amhara regions before the fighting reached a stalemate.