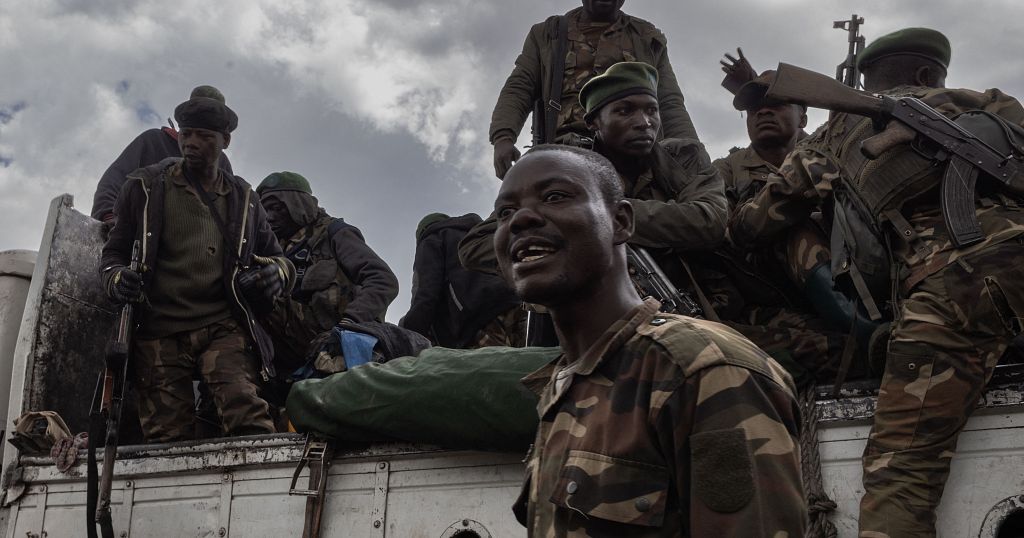 Chiefs of the East African Community (EAC) armed forces gathered in Goma on Monday to discuss the situation in the Democratic Republic of Congo (DRC) where clashes between the M23 rebel group and the army have displaced tens of thousands of people in recent weeks.

Representatives from the DRC, Burundi, Kenya, Uganda, South Sudan and Tanzania, as well as the head of MONUSCO (UN mission in the DRC) attended the meeting.

Rwanda, which is also a member of the EAC, was absent.

One of the main objectives of the meeting was to establish a regional joint force to contain and combat all “negative forces” destabilizing the country.

“The process of setting up a sub-regional force to fight against negative forces must be initiated immediately by the Democratic Republic of Congo,” said Célestin Mbala, head of the Congolese armed forces.

“All foreign armed groups active in the Democratic Republic of the Congo must be disarmed and returned immediately and unconditionally to their respective countries of origin, failing which they will also be considered as ‘negative forces’ and subjected to military action by the sub-region,” Mbala added.

While the meeting was taking place, the Congolese army confirmed that two soldiers had been killed and five others injured in clashes with the M23 in the Rutshuru area, about 60 kilometers (378 miles) from Goma.

“Peace and security is of the utmost importance and that is the very reason why we are meeting here to find solutions for peace and security in this part of the East African region. “, said General Robert K Kibochi, head of the Kenyan armed forces.

The M23 is largely a Tutsi ethnic group opposed to the Congolese government which began in 2012 and took control of Goma, a city of over one million people for almost a month.

UN forces and the Congolese army dislodged the M23 from Goma and many rebels fled to Rwanda and Uganda ahead of a 2013 peace deal.

Rwanda and Uganda have denied claims that they support the M23.

The group has recently resurfaced with increasing attacks in eastern Congo.

He accuses the Congolese government of not honoring its commitments to integrate rebel fighters into the national army.

The new wave of violence in Congo has displaced tens of thousands of people since May, most now living in shelters and churches in Goma, where a visit from the pope is expected in early July.