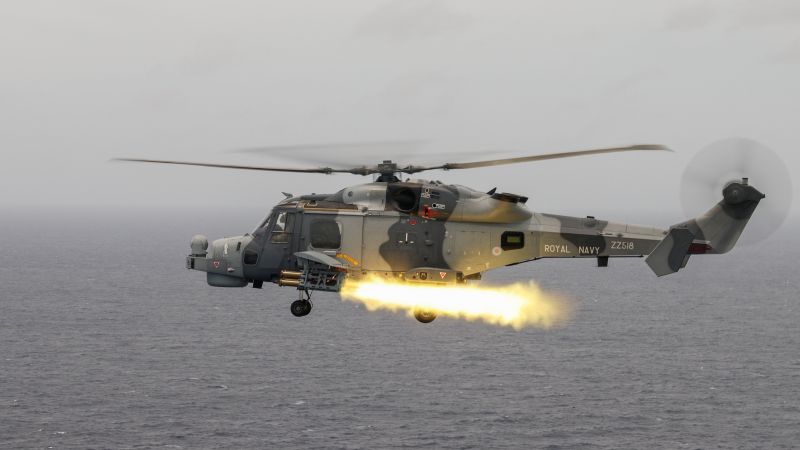 Footage has emerged showing Ukrainian troops celebrating after apparently shooting down a Russian drone with what was described as the STARStreak missile system sent to the country by the UK.

The launcher that appears in the images is indeed from a STARStreak system, but the missile, it seems, is not.

Upon closer examination, it appears that the missile is the British Martlet, a weapon tested by British troops which has yet to be fully deployed by the British Armed Forces.

And the footage coming out of Ukraine is the first time it has been seen in combat, with fire from a shoulder-thrower.

What is the Martlet missile?

Known to the British Army as the Light Multirole Missile (LMM), the Martlet was originally designed to help the Royal Navy fight off swarms of small unmanned attack craft.

It was fired from Wildcat helicopters and installed on at least one Royal Navy warship – the Type 23 frigate HMS Sutherland.

Watch: Ukraine – how to counter the threat of a drone strike?

The LMM uses a laser-guided beam jumper system, and when fired from the shoulder, the operator tracks the target within their line of sight and fires.

The user is then able to make small adjustments to the missile’s flight using a joystick. Thales, the weapon’s maker, claims it can hit targets over 6 km away.

It flies at half the speed of STARStreak, but carries a larger, high-explosive warhead and is designed to explode near a target, pulverizing them with blast fragmentation – especially effective against drones.

The Ministry of Defense (MOD) will not confirm whether the Martlet was sent to Ukraine, but it appears the UK has given Ukraine another means to retaliate.