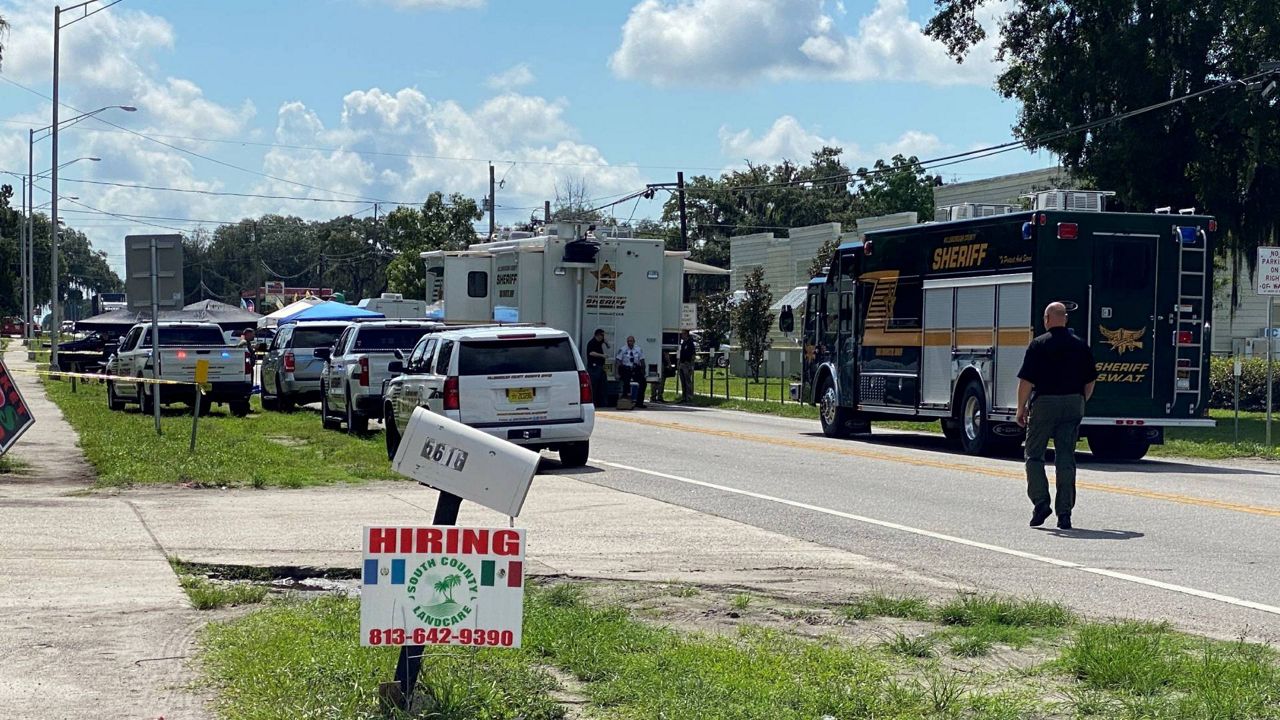 WIMAUMA, Fla. — The 9.5-hour standoff between SWAT officers and a murder suspect in Wimauma ended Wednesday when the suspect walked past a small window in the hangar and was shot by a deputy, a deputy said. said Hillsborough County Sheriff Chad Chronister.

SWAT, Crisis Negotiation Team and Bomb Clearance Team were called to the scene at the 5600 block of State Road 674 after the Sheriff’s Office received a 911 call from a man on the property just after midnight. This witness said the suspect asked him to help him get rid of some trash which turned out to be the body of a dead man in a car.

When deputies arrived, they found the suspect and a woman in a shed.

The suspect, Juan Sarmiento, 42, said he had a gun and threatened to kill the woman, deputies said.

“He was talking about, ‘I promise I’m going to die here today.’ “I don’t go out and I don’t let the hostage out.” “I will burn them, except one. It’s my insurance policy. So he was saying his hostage that he was holding was his insurance policy, and things are going ‘boom,’” Chronister said.

It was because of this threat to blow up the building that the bomb squad was called in.

The sheriff said Sarmiento, who has a long history of felony arrest, was seen in that small window waving his gun menacingly when he was shot.

Deputies rushed Sarmiento to hospital, where he later died from a single gunshot, authorities said.

The hostage was Sarmiento’s new girlfriend, authorities said. She was unharmed.

Deputies said they had yet to identify the body found wrapped in plastic inside the car. Their investigation is ongoing.