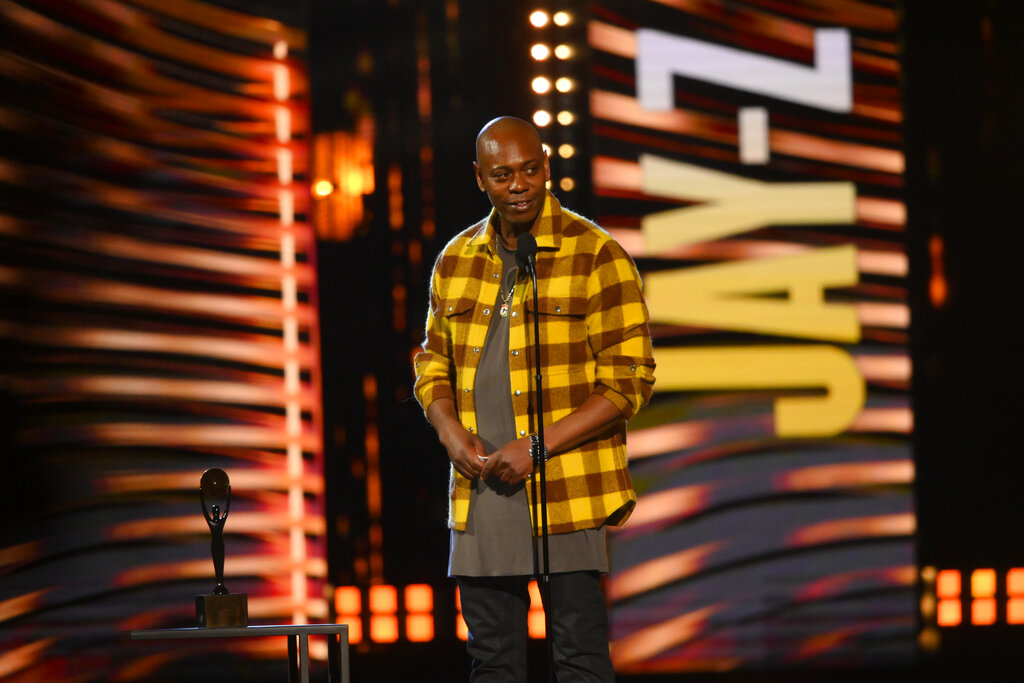 LOS ANGELES (AP) — Comedian Dave Chappelle was tackled during a performance at the Hollywood Bowl on Tuesday night.

Security guards chased and overpowered the attacker, who was then taken to an ambulance. Chappelle was not injured, police said.

A statement from LAPD spokesperson Lizeth Lomeli did not name Chappelle: “A famous comedian was performing at the Hollywood Bowl. He had finished his number and, as he was leaving the stage, a man who was part of the public jumped on the stage and tackled this celebrity to the ground.

The suspect, 23, was arrested for assault with a deadly weapon and taken to hospital for treatment, Lomeli said.

NBC News reported that the gun was a fake gun with a real knife blade inside.

Chappelle was wrapping up her stand-up routine at the amphitheater as part of the “Netflix Is a Joke” festival.

Jamie Foxx was backstage at the scene and Chappelle thanked him for responding to the attack. Chris Rock was also present and jokingly asked if the attacker was Will Smith.

In Chappelle’s routine, he explained comedians needed to be more concerned about their personal safety following this year’s Oscars, where the Oscar-winning actor slapped Rock on live TV in reaction to a joke on his wife.

“The comedian literally just said he now has more security because of all the uproar of his jokes about the trans community,” tweeted Buzzfeed News reporter Brianna Sacks, who attended the show.

She tweeted that “while the attacker was being beaten up”, Chappelle “made a joke about how he was probably a trans man”.