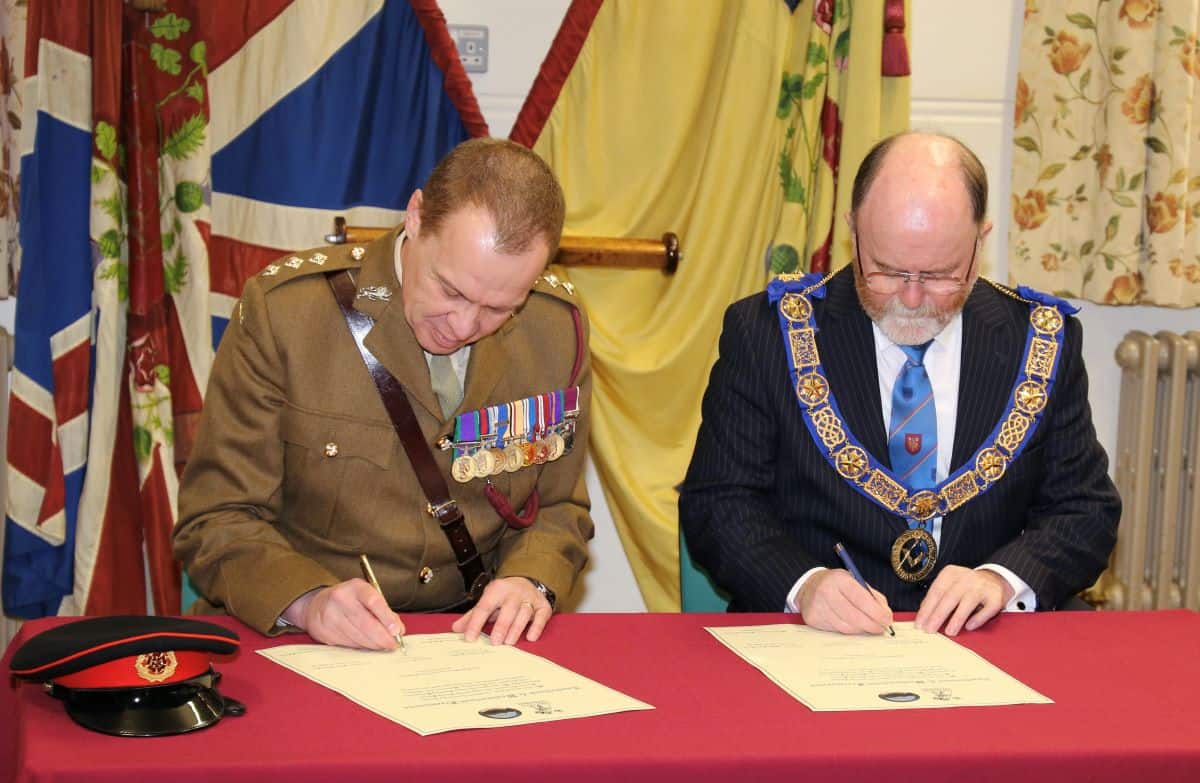 The privileged relationship between the armed forces and Freemasonry continues.

There has always been a special relationship between the armed forces and Freemasonry, as both institutions value the same principles of integrity, respect and friendship. With so many conflicts existing in the world, it is only fitting that Freemasons publicly support and support the Armed Services Pact.

Two pledges were signed, a pledge from Cumberland and Westmorland and the official MOD pledge document.

The Cumberland and Westmorland Pact was signed (in addition to the Chief Freemasons of Cumbria and Captain Reynolds) by the guests named above.

All of Her Majesty’s armed forces were represented at the ceremony.

The Covenant is a commitment that Freemasons recognize and understand that those who serve or have served in the armed forces, and their families, should be treated with fairness and respect in the communities, economy and society they serve with. their life.

The alliance supports serving personnel, departing service personnel, veterans and their families and is respected by groups or organizations that have signed on to the alliance and are committed to making a difference by supporting those who are or who have served the country.

The Freemasons of Cumbria recognize that no member of the armed forces community should be at a disadvantage and that they will be supported and respected.