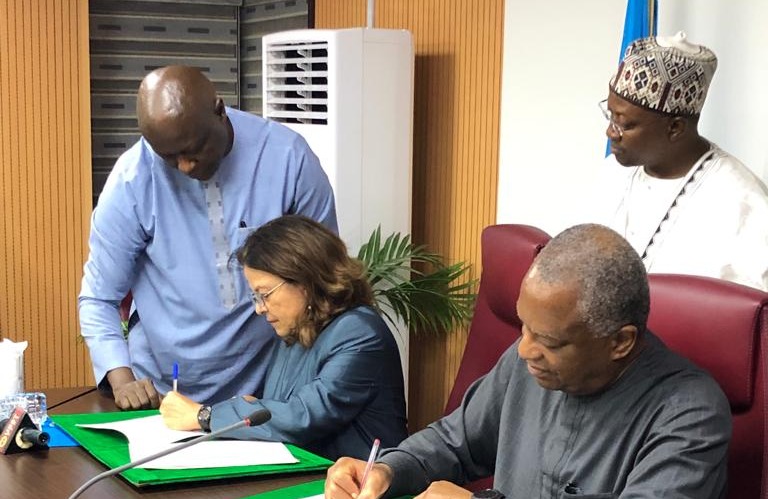 The United Nations Children’s Fund (UNICEF) has signed an agreement with the Federal Government to ensure the protection of children encountered during the conflict in Nigeria.

According to a statement on Friday, Cristian Munduate, UNICEF Representative in Nigeria, said the handover protocol would discourage the detention of children allegedly associated with armed groups.

Munduate said that the agreement will allow a good integration of children into society through educational and psychosocial support, adding that it will give them the privilege of acquiring an identity.

The UNICEF representative said that these children will be transferred within seven days to the Ministry of Women’s Affairs and Social Development for proper care.

“The Handover Protocol is a practical tool to prevent or reduce the detention of children encountered by military and security forces during armed conflict and provides an opportunity to identify and transfer children suspected of being associated with armed groups within seven days in women’s ministry. business and social development.

“The Nigerian government and UNICEF will continue to work together to ensure that children suspected of being associated with armed groups receive appropriate and tailored social and economic reintegration assistance that promotes resilience and social cohesion among children, families and communities. communities through child protection, education, psychosocial support and livelihoods initiatives, professional and skills development and life skills.

“Today marks a historic moment for children who are victims of grave violations of their rights in North East Nigeria. This positive commitment by signing the Transfer Protocol represents an important step and demonstrates the commitment of the Nigerian government to uphold its obligations to establish and implement minimum safeguards to prevent the involvement of children in armed conflict.

“The protracted armed conflict in North East Nigeria has resulted in massive displacement and a humanitarian and protection crisis. From 2016 to September 2022, 4,204 children (2,866 boys, 1,338 girls) were released from administrative custody by the Nigerian military and received interim care services at Bulumkutu Transit Centre, including community support social and economic reintegration.