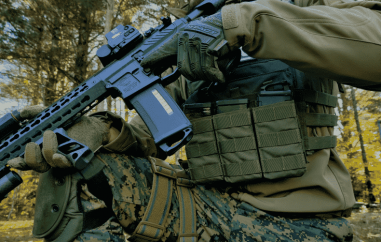 For Bundeswehr soldiers, protection against the coronavirus is to be included in the list of vaccinations that must be tolerated. An arbitration commission made a recommendation to this effect Monday after hours of negotiations, as the Deutsche Presse-Agentur learned from the Defense Ministry. The panel, each made up of three representatives from the Ministry of Defense and the participation committees, reached a preliminary decision in a dispute that has lasted for months.

Also, the expert of the Bundeswehr Thomas Wiegold on his blog “augegeradeaux” that a committee of representatives of the soldiers and the Ministry of Defense recommended that the vaccination against the coronavirus be included in the catalog of protective vaccinations for the forces armies of the Bundeswehr.

According to the report, sources within the ministry and staff representatives said the committee had already agreed to the proposal at its first meeting, Wiegold said in the blog. Consequently, a decision of the military or political leadership of the ministry is always necessary for inclusion in the so-called basic vaccination program for men and women of the armed forces. Completed plans to make coronavirus vaccinations mandatory for the more than 180,000 men and women in the armed forces were initially delayed due to opposition from staff representatives.

The obligation to tolerate vaccination and preventive measures was introduced in the German armed forces several years ago. Soldiers who refuse to do so face disciplinary action. The Bundeswehr refers to the Soldiers Act and the operational readiness of troops.

“A soldier should only tolerate medical measures against his will if they 1. serve to prevent or control communicable diseases or 2. serve to determine his suitability for service or employment,” states the Soldiers Act, article 17a.
And: “If the soldier refuses reasonable medical treatment and his ability to serve or work is impaired, he may be refused treatment in this regard.” A medical measure associated with a significant danger to life or health is not reasonable. . “

The principle of proportionality must be respected, in particular as regards the possible side effects of vaccination. And if there are serious complications, there are claims under the pension law. Defense Commissioner Eva Högl and defense experts from the “traffic light” parties – the SPD, the Greens and the FDP – had recently spoken out in favor of including Corona vaccinations in the vaccination program of basis and their obligation to make them mandatory.