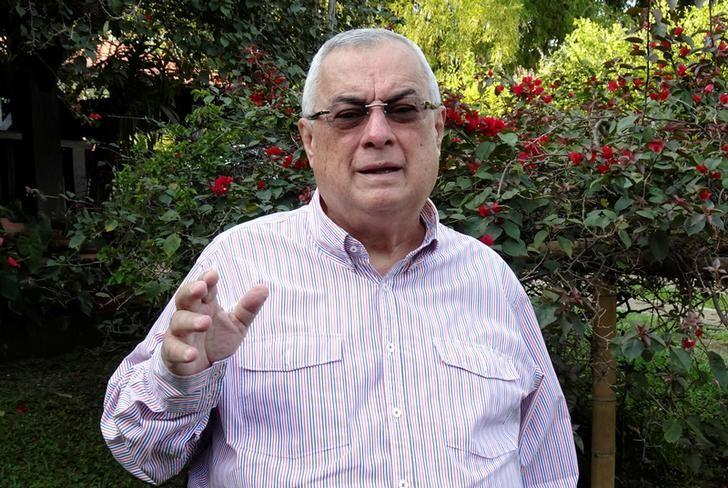 CALI, Colombia (Reuters) – The armed conflict in Colombia could escalate in 2020 and there could even be bombings in towns if dissidents from the Revolutionary Armed Forces of Colombia (FARC) follow through on their plans to pressure the government for a new peace agreement, an expert mediator said on Monday.

Henry Acosta, who has traveled through the Andean country for more than a decade to help bring the FARC and the government together for peace talks that will ultimately lead to a 2016 deal, said he fears a resurgence of conflict as rebels who rejected demobilization are pushing for constitutional reform, they say. would ensure political, economic and social change

The 71-year-old economist based his assessment on the statement made by some former FARC commanders who returned to arms last year. They cited what they called a breach of the agreement, which ended the FARC’s involvement in a conflict that has killed more than 260,000 people and displaced millions.

“It’s a big risk because (the dissidents) said there would be no pitched battles but rather urban wars. Well, if there are no battles there will be bombing in urban areas, ”Acosta said in an interview with Reuters in his house on the outskirts of Cali town.

“There are various communications that say that in 2020 will see the start of the operations they announce,” Acosta said, lamenting the slow reintegration of some 13,000 former FARC members into Colombian society.

The commanders of the dissidents, who according to intelligence sources number around 2,500 fighters, also announced a coordination of efforts with guerrillas of the National Liberation Army (ELN). President Ivan Duque’s government ended talks with the ELN after saying it would not suspend kidnappings or attacks.

“Colombia is very close to having a second war or a second conflict,” the peace facilitator said, adding that the objectives of any attack would be owned by politicians or state-owned companies.

Acosta said he was ready to build bridges between the government and dissident rebels and called on them to negotiate in order to avoid an escalation of the confrontation.