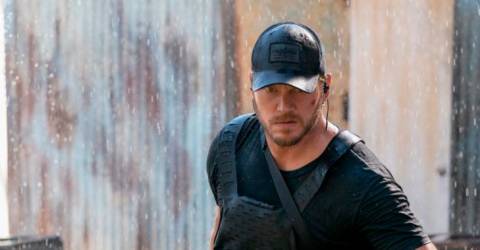 MORE In recent weeks, Chris Pratt has had a hard time in Hollywood, especially from fans who have launched several social media campaigns against him. However, all this has not diminished his star power, with his latest film Jurassic World: Dominion grossing over US$774 million (RM3.4 billion) worldwide.

Pratt is also set to make an appearance in the next Marvel Studios movie. Thor: Love and Thunder (which will premiere in Malaysia on July 21), and also has voice roles in two major anime films – Garfield and mario – scheduled for production.

He is also the star of the Amazon action series The list of terminals, which is based on a series of books written by Jack Carr, a Navy SEAL veteran turned bestselling author. Ironically, Carr confessed that when he wrote the books, he envisioned Pratt portraying its protagonist James Reece, who uncovers troubling conspiracies in the highest ranks of the US government.

Pratt himself immediately signed on to star in and produce the book adaptation, saying his “great respect” for the US armed forces was a key motivation.

“That was a huge factor in deciding to go with this book and bring it to the screen,” he told Yahoo Entertainment. “It was wildly authentic. I think that’s the main thing people rave about when they read The list of terminals is “Wow, that’s very refreshing to get what is obviously an authentic perspective on the life of a Navy SEAL commander” and it’s Jack Carr and his experience of overseas combat deployments . But yeah, that was the reason we did it, authenticity and to honor those men and women.

However, despite being a true action hero, Pratt admits he could never survive actual Navy SEAL training.

“I think most people don’t have the makeup to do it. I’m lucky to be in a position as an actor and a producer to be able to share this story on screen.

After his portrayal of a down-to-earth military hero, Pratt is set to return to space, like his next Marvel movie. Guardians of the Galaxy Vol. 3 is set to air in May 2023.