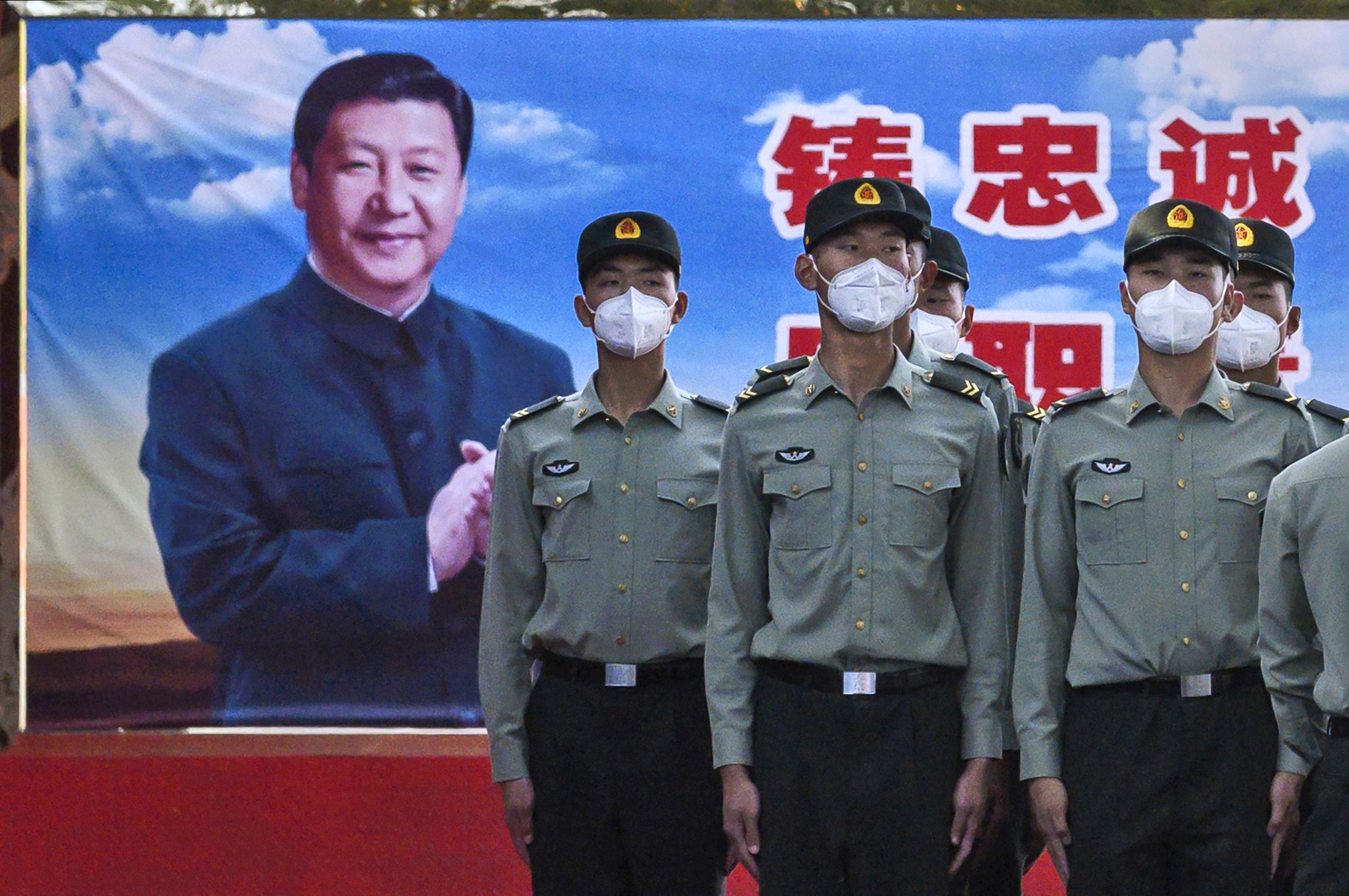 Chinese President Xi Jinping stressed his desire to strengthen the country’s military, days after it was revealed that the country will spend $ 178 billion on its forces this year.

Xi is said to have “stressed to achieve the goals and missions of strengthening the national defense and the armed forces for 2020, while maintaining effective control of the epidemic on a regular basis,” according to state media.

The Xinhua State News Agency said Xi made the comments at a plenary meeting of the People’s Liberation Army and People’s Armed Police Force delegation.

Reuters reports that state television detailed how Xi expressed concern about the “profound impact on national security” of the coronavirus pandemic. He also reportedly said the military should look for new ways to train and spoke of boosting their readiness for armed combat.

Last week, China released details of its national budget, which showed military spending rose another 6.6 percent from 2019 this year to a figure of more than 1.2 trillion yuan ($ 178 billion ), despite the blow to the economy from the coronavirus.

While this is a major boost, the figure marks the country’s slowest military increase in three decades as investment saw China become second behind the United States in military spending. .

Premier Li Keqiang, addressing delegates from the National People’s Congress, after describing the spending earlier this month, said, “We will deepen national defense and military reforms, increase our logistics and equipment support capacity and promote the innovative development of defense-related science. and technology.

It comes as China faces growing disputes between other nations over its handling of the coronavirus pandemic, which is believed to have originated in Wuhan, mainland China.

President Donald Trump has criticized China’s actions, while the nation and the United States have imposed trade sanctions on each other as they clash.

Trump went so far earlier this month that he suggested he could “cut the whole relationship” between the United States and China.

As previously stated by News week, a CIA report says China pressured the World Health Organization not to declare a global health emergency, threatening to stop coordination with the agency if it did.

China has rejected the accusations, Huang Luqi, member of the National Committee of the Chinese People’s Political Consultative Conference (CPPCC), quoted by Xinhua: “China has upheld the principles of openness, transparency and accountability, and has taken the initiative to release the information as soon as possible. “

The US accusations were also called “completely baseless” by Huang, who defended the speed with which China reported cases of “pneumonia of unknown cause” in December to the WHO.

Tensions have grown further between the United States and China, with pro-democracy protests in Hong Kong sparking a clash between nations, as Chinese Foreign Minister Wang Yi said on Sunday, nations stand together. were heading towards a “new cold war”.

He said, “Certain political forces in the United States are hijacking Sino-American relations and pushing our two countries towards a ‘new cold war’. This dangerous attempt to reverse the wheel of history will undo the fruits of decades of long cooperation between the two peoples. “

News week has contacted the Chinese Embassy in Washington for comment.