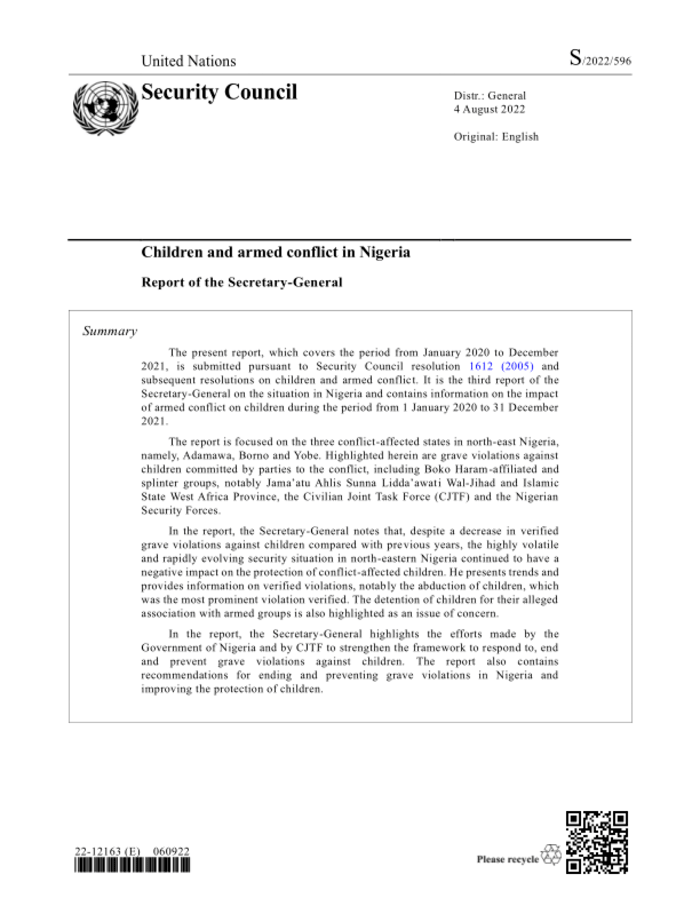 This report, which covers the period from January 2020 to December 2021, is submitted pursuant to Security Council resolution 1612 (2005) and subsequent resolutions on children and armed conflict. This is the third report of the Secretary-General on the situation in Nigeria and contains information on the impact of armed conflict on children during the period from 1 January 2020 to 31 December 2021.

In the report, the Secretary-General notes that, despite a decrease in proven grave violations against children compared to previous years, the highly volatile and rapidly changing security situation in north-eastern Nigeria continued to have a negative impact on the protection of conflict-affected children. It presents trends and provides information on verified violations, including child abduction, which was the most significant violation verified. The detention of children for their alleged association with armed groups is also reported as an issue of concern.

In the report, the Secretary-General highlights the efforts made by the Nigerian Government and the CJTF to strengthen the framework for responding to, ending and preventing grave violations against children. The report also contains recommendations to end and prevent grave violations in Nigeria and improve child protection.