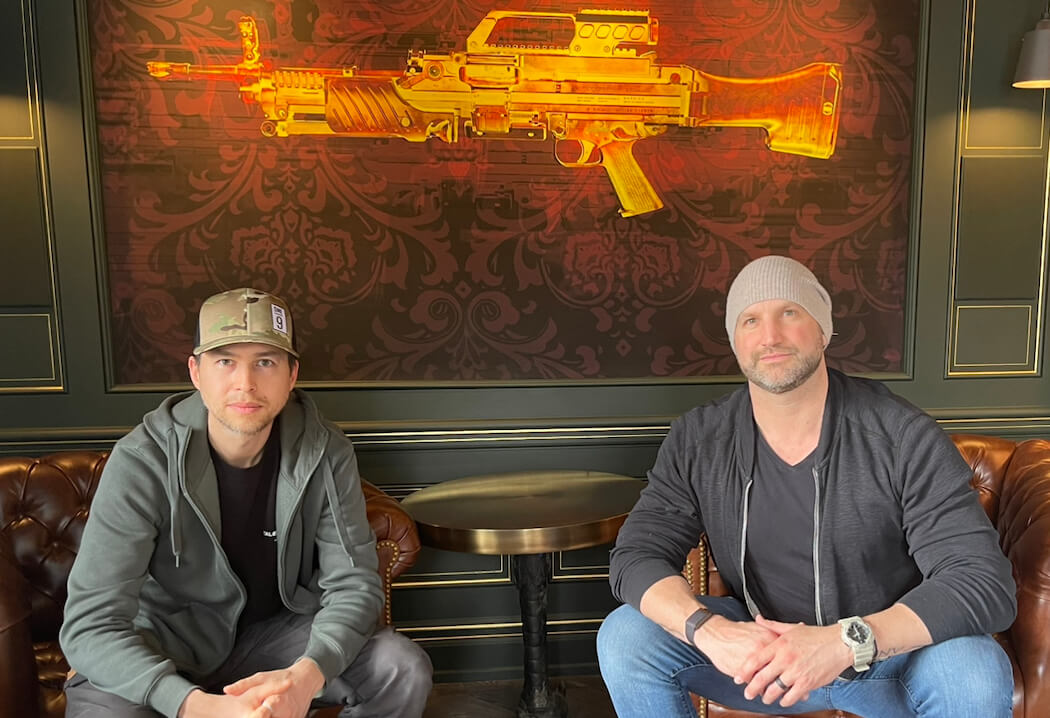 With the affirmation that “building businesses is a special operation”, One9 Venture Partners announced the launch of its Special Mission Fund I. The fund is focused on national security and infrastructure and will be co-led by the general partners Glenn Cowan and Daniel Weinand.

Cowan is a retired squadron commander with Canadian Joint Task Force 2, while Weinand is a co-founder of Shopify. Cowan is the founder and CEO of One9, under which the venture capital fund operates – Cowan created One9 as a way to invest in, support and build defense technology.

“With what’s happening in the world…we can deploy our $50 million, I think, very quickly,”

Kensington Capital Partners is the fund’s lead investor with a C$10 million commitment that came in late November. One9 is targeting $50 million for the overall size of the fund. Rick Nathan, Senior Managing Director of Kensington, joins the advisory board of One9 Venture Partners.

“I worked alongside Glenn on several different investments that we pursued together over the past two years, which led to our collaboration on the development of One9 Venture Partners,” Nathan said. “And now, with geopolitical tailwinds in the security market, the timing couldn’t be better for the launch of Canada’s first fund focused on defense and national security.

One9 Venture Partners was launched in October 2020 with the aim of establishing itself as an investment fund focused on defence, intelligence and national security. The company bridges the gap between private capital markets and innovative military technologies with substantial civilian uses.

He told BetaKit that he is often responsible for briefing Canada’s top political and military leaders, including the Prime Minister of Canada, the Minister of National Defense and the Chief of the Defense Staff, on the tactical execution of strategically relevant and sensitive missions.

Cowan was decorated for his “exceptional professional skill, foresight and adaptability, and his considerable courage of conviction as commander of the Minister of National Defence’s Close Personal Protection Group, thereby ensuring the security of the Minister. while under attack by Taliban forces”.

He said One9 was born out of his passion for investing combined with applying special ops mission planning and risk mitigation to the “investment battlespace.”

Cowan said, “The investment environment can be as uncertain as the fight. Success in battle depends on skill, knowledge, decisive action, resources, tactical patience, confidence, and teamwork.

Cowan noted that while in the military he was intrigued by the technology they used and the innovations developed to support national security operations. “They were cutting edge and showed huge potential for growth,” he said. “I now apply that deep interest in defense and national security technology, as well as the strategic connections I have through special forces, to this new venture capital fund.”

Shopify co-founder Weinand was also an officer, but not in the military. In the more than 12 years he helped scale Shopify, his roles included Chief Design and Creative Director, and Chief Culture Officer. He left Shopify in 2017.

Cowan and Weinand met through a mutual friend, whom Cowan described as an experienced and well-connected cybersecurity investor. “As my business started to grow, he was a great mentor, confidant and advisor to me,” Cowan said of Weinand. “There was a logical progression that led to us becoming co-generals of the fund.”

Cowan said the fund is already gaining traction in fundraising and he hopes the first closing will occur this quarter. He claimed that some big, strategic LPs want to get in, but that won’t happen until the second closing. Cowan estimated that the fund would be fully closed within the year.

The fund will primarily fund Series A investments with an average check amount of $2-3 million. One9 Venture Partners is interested in startups that have north of $1 million in annual recurring revenue, with a good pipeline for their products.

While One9 Venture Partners plans to invest globally, the majority of investments will be in North America. Cowan wants to set aside 10% of the fund for Canadian pre-seed and seed startups. But he added: “We don’t spread out our funding, so if we see great ‘A’ companies in Canada, we’ll look at them as well.

Cowan expects the fund to last 10 years with two one-year extensions. With what’s happening in the world, the opportunities we see, the way the world is changing, we’ll be able to deploy our $50 million, I think, very quickly,” he said. One9 Venture Partners is currently working on closing its first funding round.

One9 Venture Partners is headquartered in Ottawa and has three general partners. The third has yet to be announced. Cowan said the individual is currently with another high-profile fund. In total, the fund has six employees.

One9 has already made direct investments in Florida-based robotics and artificial intelligence startup Tomahawk Robotics; Strider Technologies, a Utah-based company that uses intelligence solutions to identify, manage and respond to state-directed intellectual property theft and supply chain vulnerabilities; and Ventus Respiratory, which designs ventilators for military and law enforcement.