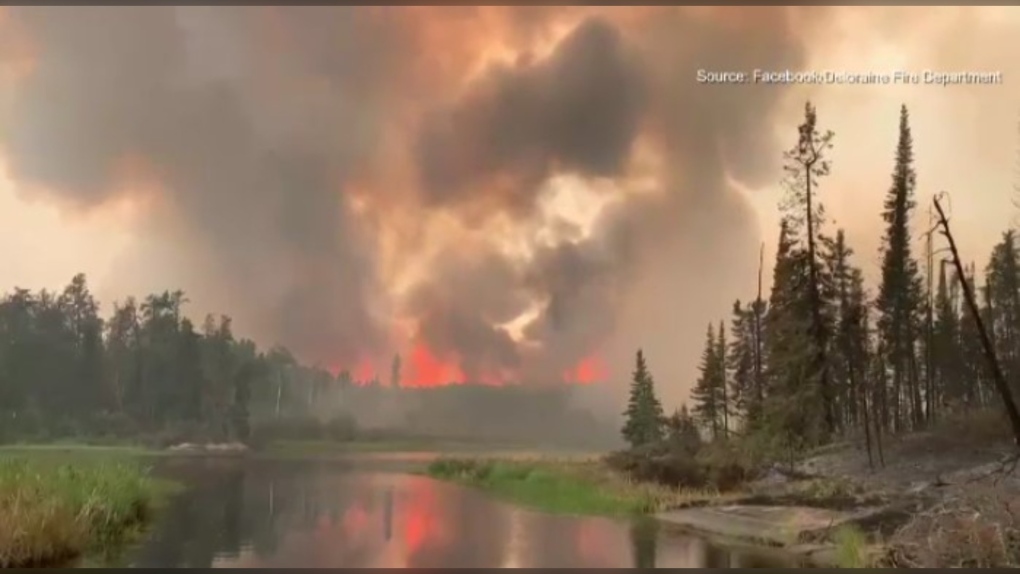 Nearly 130 wildfires are burning in Manitoba and four First Nations communities in eastern Manitoba have been evacuated as a result.

Cornell Mowat is from Bloodvein First Nation, he arrived in Winnipeg this morning after being evacuated last night.

“Leaving the community was the worst because (the fire) was on both sides of the road. All you could see was thick orange and black smoke, it was pretty terrifying,” Mowat said.

As of Wednesday, more than 1,300 people had been evacuated from their communities due to the wildfires, and that number is expected to rise.

Mowat said in Bloodvein that it was hard to breathe. He couldn’t get out and he had to keep his windows closed so the smoke wouldn’t come in.

“There would be times when we would have smoke ashes. It’s going to fall from the sky, it looks like snow but it’s only ash.

Now reinforcements are on the way.

On Tuesday, federal Public Safety and Emergency Preparedness Minister Bill Blair tweeted that the federal government had approved a request from the province for members of the Canadian Armed Forces to help fight the wildfires.

In a statement to CTV News, a Canadian Armed Forces spokesperson said:

“The CAF is mobilizing resources to meet this demand in the form of up to 120 personnel trained in the type of firefighting required to support the Manitoba Wildfire Service (MWS). The majority of these personnel come from the 2nd Battalion, Princess Patricia’s Canadian Light Infantry (2 PPLCI) based at Canadian Forces Base (CFB) Shilo.

Public Safety Canada said the Armed Forces will arrive July 23 and will be in Manitoba to help fight the wildfires until at least August 10, but that stay could be extended as needed.

Little Grand Rapids First Nation was also evacuated due to the fires.

Com. Blair Owen said he was relieved the CAF was deployed, but he was unhappy with the timing.

“I think it’s a bit too late. We knew these fires were growing, the call for help probably should have been sooner,” Owen said.

Owen said the evacuation is causing a lot of anxiety in the community, but there has been no damage to infrastructure yet.

“Not directly to the community, but I know that some Manitoba Hydro facilities have been burned down. I know some communities don’t have electricity now,” Dumas said.

“What this means is that not everyone’s fridges and freezers will be able to work, so there will be a lot of food wasted.”

Hydro said once the area was secured, crews would patrol the line to find the exact cause of the outages.

Mowat doesn’t know how long he will be away from his home in Bloodvein, he just hopes it will be the same when he returns.

“I don’t want to go home and have nothing there,” Mowat said.