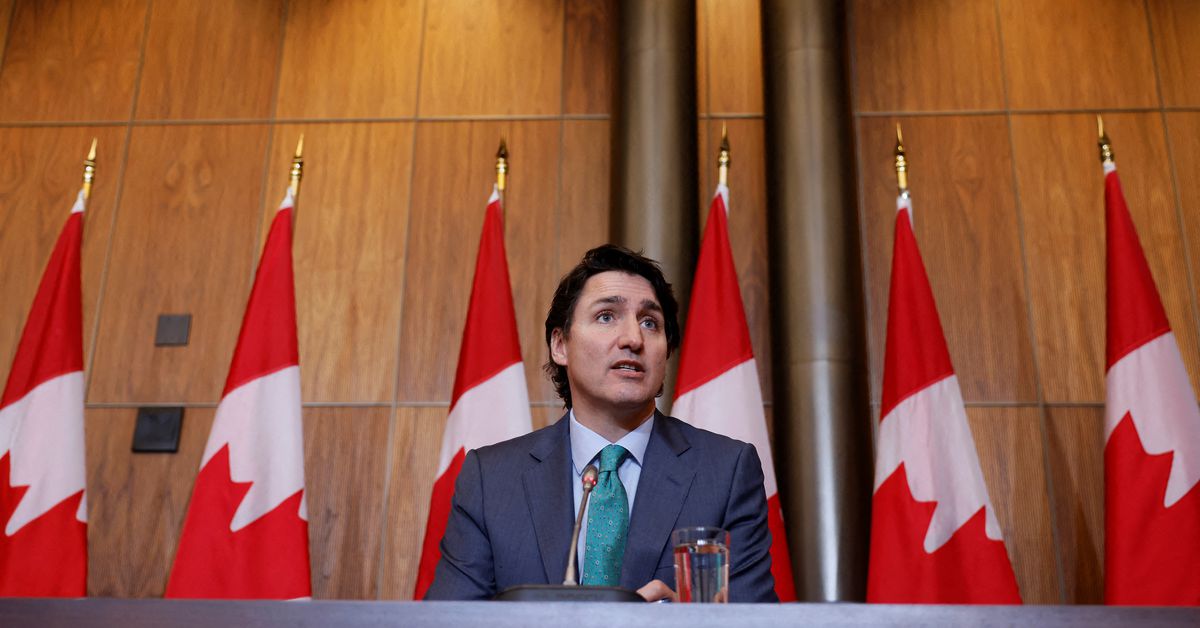 OTTAWA, Jan 19 (Reuters) – Canada fears an armed conflict could break out in Ukraine and is working with its allies to impress on Russia that any further aggression against kyiv is unacceptable, Prime Minister Justin Trudeau said on Wednesday.

US Secretary of State Antony Blinken said earlier that Russia could launch a new attack on Ukraine “at very short notice”. Moscow, which has stationed military equipment and tens of thousands of troops near the border, denies planning an invasion and blames the West for rising tensions.

“We fear an armed conflict in Ukraine. We are very concerned about the position of the Russian government (…) and the fact that it is sending soldiers to the Ukrainian border,” Trudeau said at a press conference.

Canada, with a large and politically influential population of Ukrainian descent, has taken a tough stance with Russia since annexing Crimea to Ukraine in 2014.

“We are working with our international partners and colleagues to make it very, very clear that Russian aggression and further incursions into Ukraine are absolutely unacceptable,” Trudeau said.

“We are there with diplomatic responses, with sanctions, with a full press on the international stage.”

Canadian troops are in Latvia as part of a NATO mission and Trudeau said they would “continue the important work that NATO is doing to protect its eastern front.”

Canada has had a 200-man training mission in western Ukraine since 2015.

Canadian Foreign Minister Melanie Joly said Tuesday that Ottawa would make a decision in due course on the supply of military equipment to Ukraine.

Trudeau dodged a question about sending defensive weapons, saying any decision “would be based on what’s best for the Ukrainian people.”

Reporting by David Ljunggren; Editing by Will Dunham and Philippa Fletcher