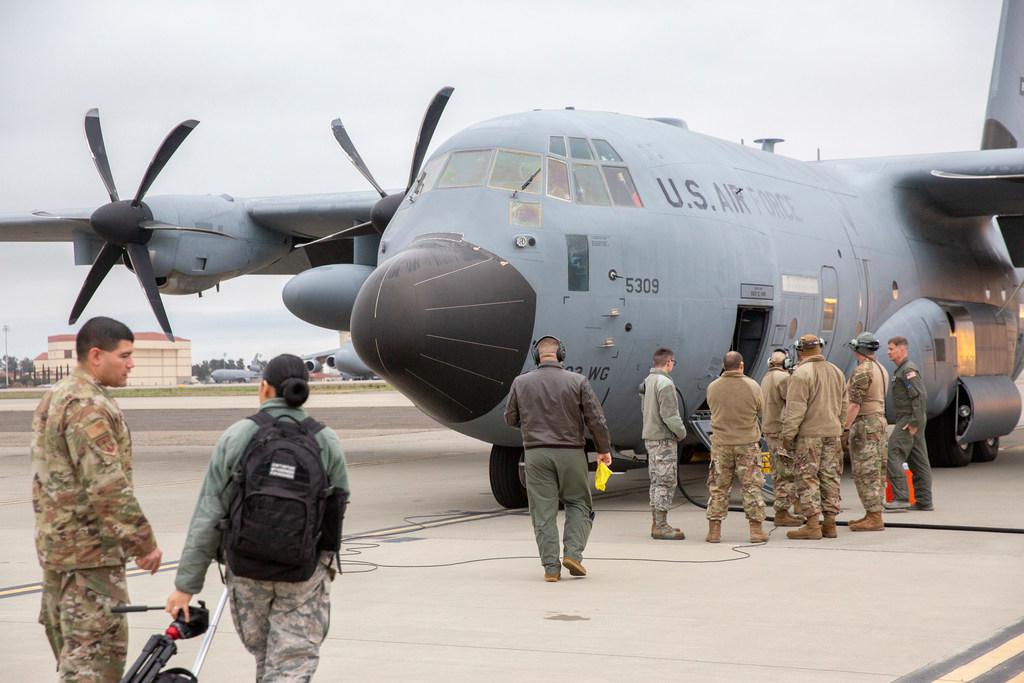 Regarding “Napa Valley: Frustrated with Government Resources, Vinters and Residents Unite to Protect Property” (Front Page, August 8): Although global warming is playing a role in the multitude of wildfires in our country. condition, much in the short term can be done to decrease them. Six thousand firefighters are not enough to control these fires as they continue to burn precious trees. Esther Mobley reported that some private winemakers are trying to start their own fire fighting companies because government support is so insufficient. Using the State National Guard, military and other aspects of our armed forces would help contain these fires and ease the cancellation burden on existing overwhelmed firefighters.

Politicians on both sides of the aisle knew these disasters were coming this year, and had time to prepare for them. The troops returning from Afghanistan are among those that could be used. The large number of planes and helicopters available to the Air Force should have been equipped with forest fire fighting capabilities. It would be useful to clear some trees and replace them with other foliage such as vegetables. In Mobley’s story it is reported that the Napa vineyards slowed down the fires. The solutions are not that complicated. The question is: does the social order have the will to implement them?

Regarding “Why I am leaving SFUSD” (August 8): teaching is not for everyone, and I support and understand why some leave the profession disillusioned and dissatisfied. Some enter the profession with high expectations, only to find that weak administrations, clumsy school boards, large class sizes, unrealistic academic standards and a lack of personal satisfaction are too hard to endure. If you are in a chaotic system, teacher turnover is high. But if that same person had accepted a job in one of the state’s fantastic urban, suburban, or rural districts, they might have found a rewarding career. But even in excellent school districts, it is not uncommon to see teachers leave, not because of the many flaws in the profession, but because after a few years they realize that teaching does not work. it’s not for them and they move on. Starting over can be scary and I have a lot of respect for the teachers who leave. The problem is the few who are unhappy, dissatisfied and bitter, but hang on for years and years.

Defect in the recall process

In the midst of New York Gov. Andrew Cuomo’s resignation, I notice it’s the lieutenant governor over there who takes over when a governor is removed from office. We should make it the rule in the process of recalling our condition. This would prevent political parties from using the recall as a back door to the governor’s mansion. It would also save us all of the candidate circus show that we have here.

Regarding the “fires that are ravaging rural towns” (Front Page, August 7): the western part of the country is on fire. Entire cities are cremated, extensive property damage is caused and lives are lost. Air quality is unsanitary, firefighting resources are strained and, in affected areas, summer tourism economies are in tatters.

Most climatologists agree that humans are to blame for the catastrophic weather conditions that fuel events like these hard-to-control fires. Simply put, we have spewed too much fossil fuel gas into the atmosphere and removed too much carbon from the soil. Why then does the bipartisan infrastructure package contain provisions that grant billions of dollars in subsidies to fossil fuel, logging and biomass interests and, simultaneously, overturn major environmental laws? The bill will worsen climate degradation and almost guarantee that forest fires and other natural disasters will increase in number and severity. This is an unacceptable betrayal of the vast majority of Americans who rely on our newly elected leaders to seriously tackle the climate crisis. We should all condemn this flawed bill.