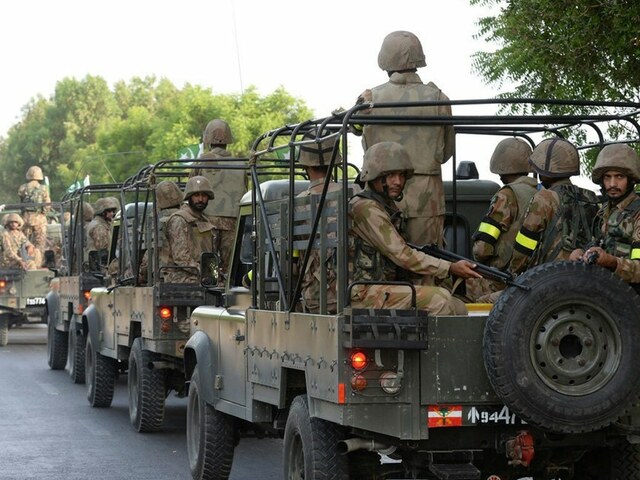 ISLAMABAD: Pakistan’s leading businessmen have said that the entire nation and business community that stands by the armed forces and political maneuverings of failing politicians cannot mislead them.

They said that the ungodly designs of those who conspire to provoke people against institutions and start civil war in Pakistan will fail.

In a joint statement released here on Monday, they said that because of these important institutions, 220 million people feel protected.

The business leaders noted that the enemy countries have burned down Balochistan and their aim is to thwart the CPEC, but the security forces are dealing with the insurgency in the best possible way, which is very commendable.

They noted that General Bajwa has worked very patiently but some elements are determined to spread anarchy in the country. People should know that there is a limit to patience, after which action would be taken against the disbelievers.

The army played a very positive role during the recent political and constitutional crisis and its leadership saved the country from enormous political instability, credit to General Qamar Javed Bajwa.

The judiciary also took timely action and fulfilled the demands of justice that saved the country from anarchy, they added. During the crisis, some elements were pushing the country towards martial law but their plot was foiled, they observed.

Zubair Tufail said General Bajwa has always made decisions in line with national interests and in the way he has approached the recent crisis he has proven himself.

The lame economy was being ruined by frustrated politicians, while branding hundreds of politicians as traitors made the country a laughing stock, but this conspiracy was also foiled.

Now the defeated elements have launched a campaign to discredit the military which may lead to civil war as the nation turns to the military to foil conspiracies.

The army chief was unrivaled in military diplomacy, he undid the damage caused by political rhetoric and further improved relations with various important countries.

Muhammad Ahmed and Malik Sohail Hussian said that the army chief’s services to improve the economic situation are also part of the story. He had detailed meetings with leading economists, investors and business figures that restored their confidence.

They said that General Bajwa’s role in opening the Kartarpur Corridor and boosting the morale of the army is highly commendable.

During the recent nerve-wracking political crisis, he handled the situation with utmost wisdom and patience and pulled the nation out of trouble, allowing the masses and businessmen to breathe a sigh of relief, they said. observed.