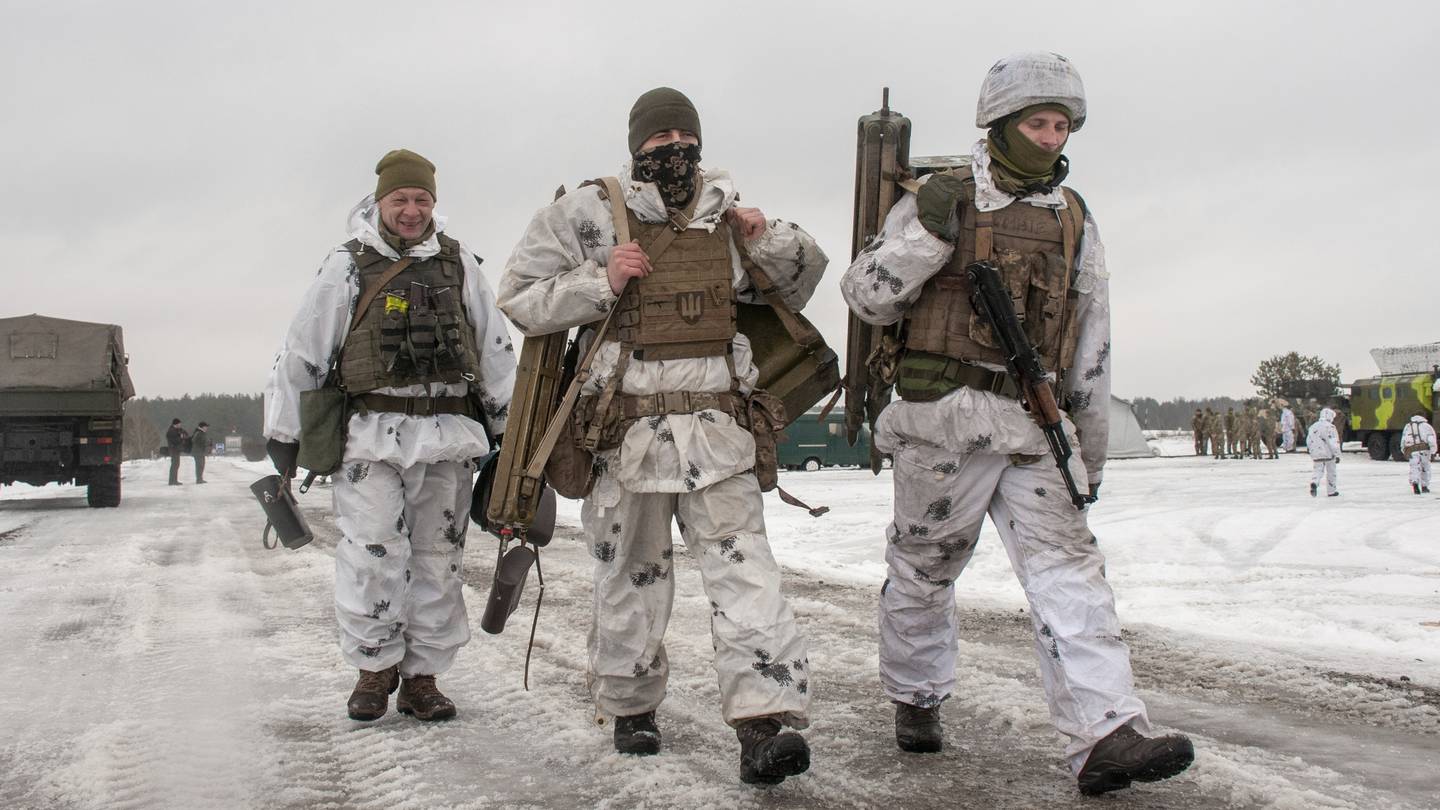 British troops will not be sent to fight in Ukraine if Russia invades, Britain’s Armed Forces minister has said, amid growing fears a full-scale attack is imminent.

James Heappey said Russian President Vladimir Putin could order an invasion “with very, very little notice”, but insisted that British military personnel would not be on the ground if that happened.

He also said that all British soldiers training Ukrainians would leave the country this weekend.

“There will be no British troops in Ukraine in the event of a conflict with Russia,” Mr Heappey told Sky News.

He stressed the importance of not having a British military presence in Ukraine in the future, as Moscow could use it as evidence of “Western aggression”.

“The Kremlin would like there to be a pretext that there was Western aggression in Ukraine which they were responding to then, and it’s important that we don’t give them the reason to make that argument.”

Despite gathering more than 100,000 troops and military equipment near the border with Ukraine, Russia has repeatedly denied any plans to invade its neighbor.

Over the past few years, British troops have trained tens of thousands of Ukrainians.

The UK has in recent weeks stepped up its aid to Kyiv, sending weapons – including anti-tank weapons – and other equipment.

Mr Heappey said that while UK ministers hoped an escalation could be avoided, they were “planning for the worst”.

He reiterated the government’s advice issued on Friday evening, urging British nationals in Ukraine to “leave immediately by any means possible”.

Mr Heappey told BBC Radio 4 Today program under which all servicemen sent to train the Ukrainians in the use of anti-tank missiles supplied by Britain were brought home.

“All will be removed,” he said. “They will leave over the weekend.”

His insistence that Britain would have no boots on the ground if Russia invaded Ukraine came after British Defense Secretary Ben Wallace visited Moscow on Friday for talks with his Russian counterpart, Sergey Shoigu.

Mr Shoigu started their meeting by attacking the UK for supplying arms and military trainers to Ukraine. He went on to describe the levels of cooperation between Moscow and London as “close to zero”.

The UK insists the weapons sent to Ukraine are for defense purposes and not designed to threaten Russia.

Ukraine’s ambassador to Britain has urged Prime Minister Boris Johnson to send troops to Ukraine to deter an invasion. Such a strategy, he argued, would mean Britain would not face the prospect of fighting the Russian military on NATO soil.

Vadym Prystaiko said that rather than sending soldiers to other countries in the region, the UK would be better off deploying them to Ukraine.

“You might not even have to fight in Estonia, Latvia, Poland, Romania or anywhere else,” he said. The temperature. “Yes [Putin] is arrested in Ukraine, you won’t have to fight anywhere. By doing this [now]you can avoid sending your soldiers to defend your allies the next day.

Tobias Ellwood, the Conservative Party chairman of the House of Commons Defense Select Committee, called the Ukraine crisis “our Cuban Missile Crisis moment” – referring to the 1962 standoff between the United States and the former Soviet Union, after the Soviets installed nuclear missiles in Cuba, 140 kilometers from the American coast.

The former soldier said a Russian invasion would have a ripple effect across Europe and send food, oil and gas prices skyrocketing.

“An invasion is imminent. Once that happens, because of the grain going out of Ukraine to the world, [that will] affect food prices around the world,” he said. Times Radio.

“Oil and gas prices will also be affected, and European security will then be further threatened, so we have to ask ourselves, what should we do instead?

“What are the calculations, and yes, there’s this Putin looking into his eyes and wondering what would happen,” Mr Ellwood said.

“This is our Cuban Missile Crisis moment.”

He said the aftermath of Ukraine’s fall would see a “new era of instability with the development of a Russia-China axis” as the West “shrinks” and authoritarianism rises.

“There can be no division of NATO in Ukraine; Ukraine is not a member of NATO and you cannot send troops there without being involved in what could turn out to be a full-scale war. It’s not going to happen,” he said. Times Radio.