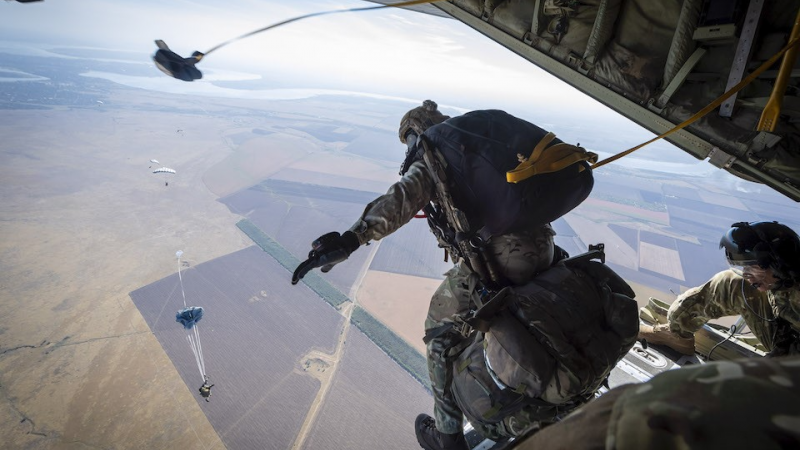 After sending British personnel to train Ukrainians on anti-tank missiles supplied by Britain, Mr Heappey said: ‘All will be withdrawn. There will be no British troops in Ukraine if there is going to be a conflict there.”

He added to BBC Radio 4’s Today programme: “They will be leaving over the weekend.”

Former No 10 chief assistant Dominic Cummings has warned that Boris Johnson will be busy fielding questions from police over alleged COVID-19 breaches.

But Mr Heappey said: ‘I suspect that, like me, the Prime Minister reads the intelligence products he receives from SIS and GCHQ rather than reading Dom Cummings’ tweets.

He also said the British must leave Ukraine immediately because Russia is now at a stage where it can attack “without warning”.

Mr Heappey told BBC Breakfast: ‘We are now satisfied that the artillery systems, missile systems and combat air are all in place which would allow Russia to launch – without warning – an attack against Ukraine.

“And on that basis, I think it is our responsibility to share with British citizens our view that they should leave the country immediately while the commercial means are still available.

“There will be a big difference between what they may have seen on their television screens in Afghanistan over the summer and what may happen over the next week, and that is that the Royal Air Force will not be able to enter and to airlift people so they have to leave now by commercial means or drive out of Ukraine to a neighboring country.”

Tory MP Tom Tugendhat said Ukraine’s military was “increasingly capable of defending itself” and said Britain was training them better than sending in troops.

The chairman of the House of Commons Foreign Affairs Committee told BBC Radio 4’s Today programme: ‘We allow them to have the ability to fight on their own, and after serving in combat in countries around the world, I can tell you that training local forces to fight for themselves is a much better defensive technique than putting troops into it.

“The reality is that the Ukrainians already have some 145,000 men in their army, they have another – depending on how you count – about 100,000 reserves of border guards and people like that, so they have an army a lot bigger even than ours and they are more and more able to defend themselves.”

Sir Malcolm Rifkind has described suggestions that there should be a division of NATO inside Ukraine as “very reckless”.

He told Times Radio: “There cannot be a division of NATO in Ukraine; Ukraine is not a member of NATO and you cannot send troops to this country without being involved in what could turn out to be a full-scale war. It’s not going to happen.”

Asked about earlier comments by Tobias Ellwood, the chairman of the Defense Select Committee, who called for such a division, Sir Malcolm said: “If he is talking about a fighting division, I think that is very, very imprudent.

“If he talks about people who could help train Ukrainians, this has already happened in various countries around the world.”

Mr Ellwood called on the British-led NATO divisions in the country and said: ‘An invasion is imminent. Once that happens, because of the grain coming out of Ukraine for the world, (that will affect) food prices around the world.

“Oil and gas prices will also be affected, and European security will then be further threatened, so we have to ask ourselves, what should we do instead?

“What are the calculations, and yes, there’s this Putin looking straight in the eye and wondering what would happen. This is our Cuban Missile Crisis moment.”

He said the aftermath of Ukraine’s fall would see a “new era of instability with the development of a Russia-China axis” as the West “shrinks” and authoritarianism rises.

Sir Malcolm Rifkind also said NATO had taken ‘a very important decision’ by providing defensive equipment to Ukraine, giving the Ukrainians ‘a better chance when they fight back’ and sending a message to the President Russian Vladimir Putin “that the cost of the invasion will be very high”.