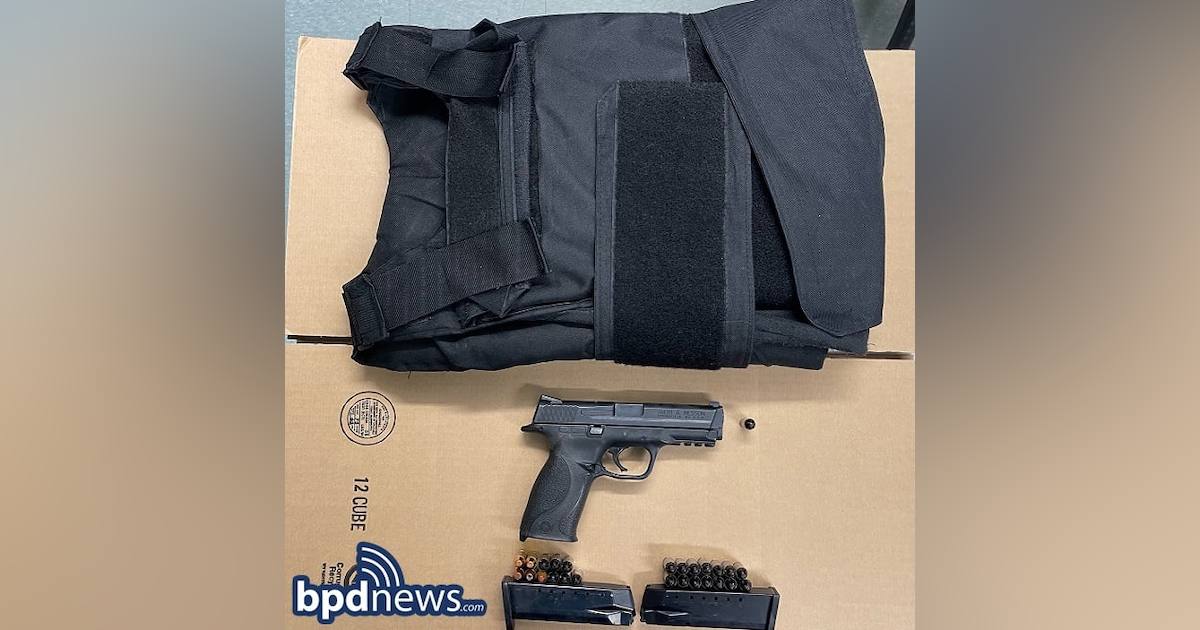 Police officers who risk their lives are seldom praised for their restraint, especially by a suspect armed with a bulletproof vest plastered against a fence.

This is what happened in the wee hours of Saturday morning in Dorchester as Boston Police and a state soldier patrolled.

“Thank you for not shooting me, you had the right to. Now I can see my son again because of you,” Winston Cottrell, 31, of Nantucket, said as he was booked.

This is according to the police report which recounts a tense foot chase with a suspect whose officers were convinced he was carrying a weapon concealed in a neighborhood with too many 9-1-1 calls.

“Officers were randomly patrolling the Quincy St. and Ceylon St. area This area has seen an increase in guns and violent activity in recent months,” the police report said.

This included the city’s ShotSpotter gunfire detection system, loud parties and other “disturbances,” the report added.

Cottrell is charged with possession of a loaded firearm and carrying additional ammunition – two magazine clips – without a license as well as wearing body armor “used in the commission of a crime”.

The weapon confiscated by the police turned out to be a Smith and Wesson M&P .40 caliber – the M&P stands for the “Military & Police” range of weapons which are now available for commercial use.

At around 1:30 a.m., police spotted two men walking down the street, one showing telltale signs of someone packing their bags, police said.

“The officer’s attention was drawn to two people walking down Quincy Street towards Ceylon Street, in particular a man wearing a gray and black hooded windbreaker jacket,” the report said. “The reason the officer’s attention was drawn to this particular man is because they noticed that the right side of his hooded jacket appeared to be weighed down by a heavy object.”

Members of the BPD Youth Violence Strike Force along with a Massachusetts State Soldier are credited with the arrest and removal of another weapon from the city streets.

Officers confronted Cottrell and another man, prompting the suspect to take off and run straight for the soldier who pinned him against a fence. No shots were fired and the other man was not arrested.

But Cottrell, who is due to be brought to justice on Monday, was seen donning a mask and checking his weapon several times as he “began to run a full sprint” away from the police and into the soldier who was waiting in the street.

Days earlier, a man wearing a camouflage-style bulletproof vest had been arrested on Harrison Avenue on charges of carrying a 9mm Hi-Point gun without a license.

Visit the Boston Herald at www.bostonherald.com