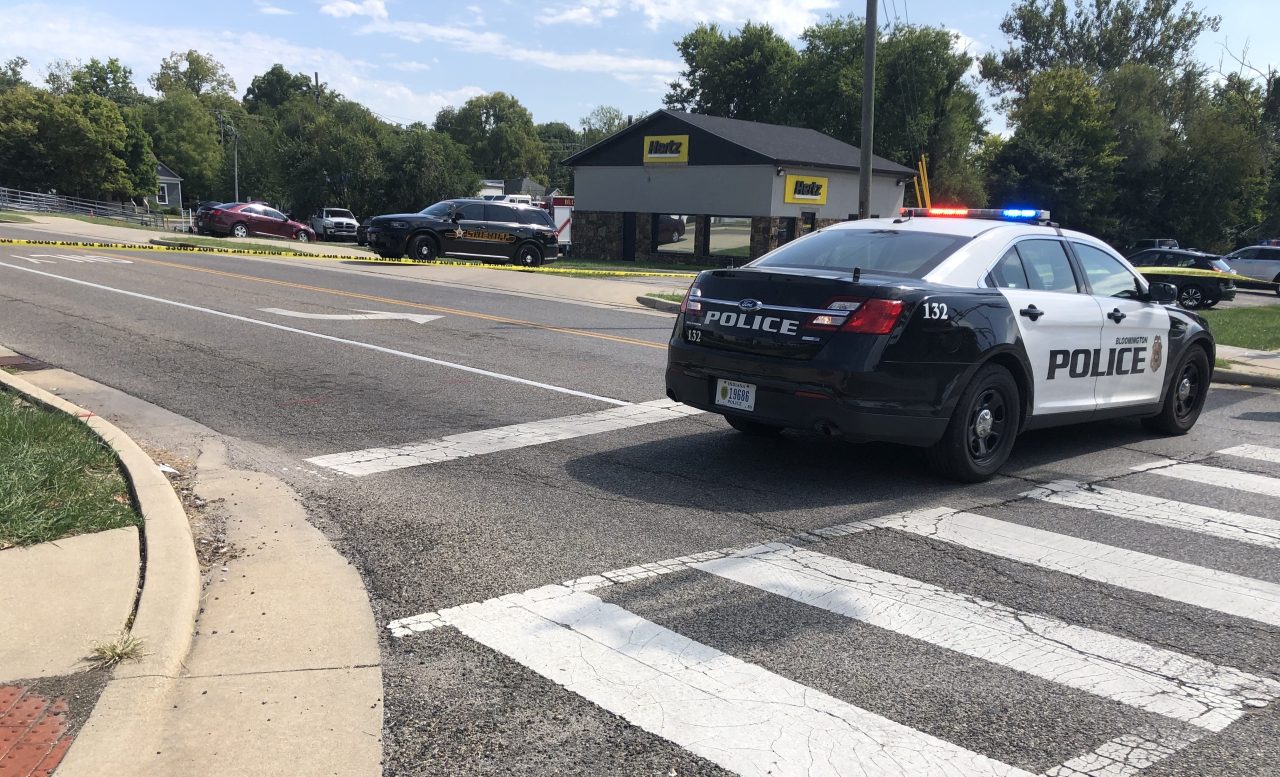 Police say the man is in custody and being removed from the storm drain.

BLOOMINGTON, Ind. – Bloomington authorities are warning the public that a gunman entered a storm drain near 1st Street and Walnut.

The Bloomington Police Department is asking the community to avoid the area between 1st Street and 3rd Street and Morton Street and Lincoln Street.

Indiana University said campus police were near Dunn Meadow on Indiana Avenue near the drain exit. The university added that police helped evacuate Franklin Hall, which will be closed until Wednesday.

In an afternoon update, BPD said the incident began around 9.30am at Seminary Park when the man tried to hit people with a steel pry bar. The man went to a vehicle in a nearby Kroger parking lot to get a hatchet or small ax and started throwing it at people. He then fled.

Police said people in the park directed officers to the storm drain, where they found her clothes. While inside, the man told police he had a gun and would use it if officers entered the drain, according to the BPD. The police had no further communication with the man.

The BPD said officers went into the drain looking for him and found unused shotgun shells. The police use flashbangs in an attempt to get him out peacefully. The department is working with utilities to determine which tunnels a person might fit into.

Police said the man was wanted outside of Monroe County on multiple counts.