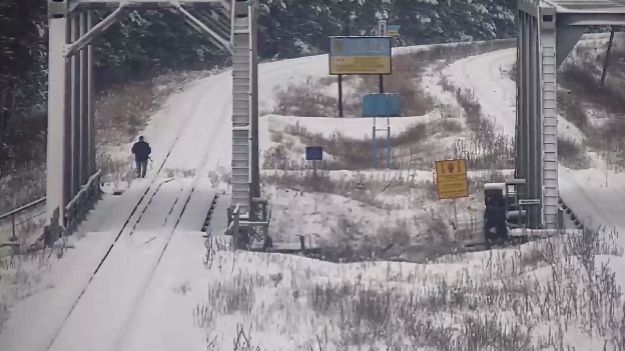 The State Border Committee of the Republic of Belarus on Sunday (November 20) accused Ukraine of provocations because an armed man allegedly crossed the border between Belarus and Ukraine the day before.

Details: The State Border Committee of the Republic of Belarus reported on Telegram that the incident happened on Saturday around 4:00 p.m. at the railway checkpoint in Slovechno, on the Ukrainian side, it is Vystupovychi, in the Zhytomyr oblast.

Quotation: “The Ukrainian soldier was taking photos and videos of the area, and was looking for or placing something in the snow while he was on Belarusian territory,” Belarusian border guards said, posting the video.

They added that they were carrying out “verification measures” and also complained about the “lack of discipline of the Ukrainian Territorial Defense Forces and other paramilitary formations that are near the border”, which allegedly “created provocative border situations that could lead to armed conflict.”

Previously: Belarus has already reported the detention of the alleged “Ukrainian spy” and two Belarusians recruited by him, who allegedly sent information to Ukrainian military intelligence.