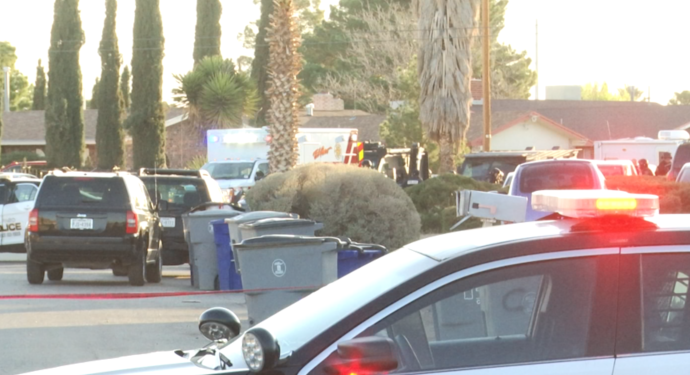 Authorities said he barricaded himself with three children, a 13-year-old boy and an 8- and 7-year-old girl, and threatened to harm them with a knife at a house in the 10900 block of Bob Stone Drive, wide of Lee. Trevino Drive.

The call to authorities came around 2:30 a.m. Thursday. The crisis management team was also called in to help in this standoff situation which lasted until shortly before 8am this morning.

During the negotiations, the EPPD said that one of the police officers fired his weapon, but it is not known why. A spokesperson told KTSM that an internal investigation was underway.

Diaz released the children safely around 4 a.m. He now faces charges of aggravated assault and two counts of unlawful restraint. His bail is set at $250,000. The authorities call it an internal situation.

The EPPD blocked Bob Stone Dr., allowing only residents who live in the area to enter and leave, if necessary.

Look for a live update on KTSM 9 News at noon and here on KTSM.com