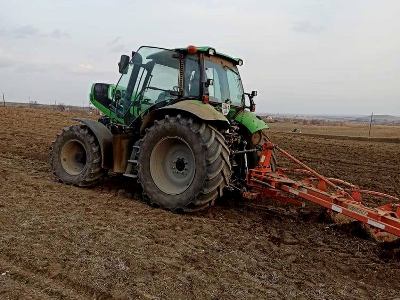 Yesterday, the Azerbaijani armed forces targeted, in the presence of Russian blue helmets, a citizen of Artsakh carrying out agricultural work. Zorik Abrahamyan, the village chief of Khramort in Artsakh (Nagorno-Karabakh), told Armenian News-NEWS.am on Wednesday.

“Nothing happened to the resident. They [i.e., the Azerbaijani soldiers] hit, punctured the tractor tire. Russian blue helmets were present during the incident. The opponent’s combat position is less than 100 meters from the gardens of our village,” said the prefect of Khramort.

Also referring to this incident, Artsakh human rights defender (ombudsman) Gegham Stepanyan, in turn, told Armenian News-NEWS.am that Azerbaijan has again violated people’s rights from Artsakh. And, in particular, according to him, what happened is an attack on the right to life.

“At the beginning of the year, there seemed to be some calm. But the Azerbaijani side is again pushing its policy to create a climate of fear and despair in Artsakh. The Azerbaijani side does not want the Armenians to remain on the territory of Artsakh, and all their actions are aimed at removing the Armenian population from Artsakh,” said the Mediator of Artsakh.

As previously reported, at around 3:30 p.m. on Tuesday, while KM, a resident of Khnapat village (born in 1983), was plowing the village of Khramort with a tractor, one of the tractor’s tires was damaged by the shots fired on him from the Azerbaijani combat position.